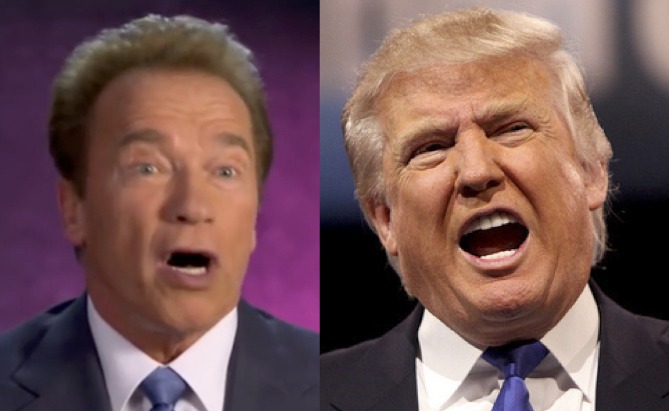 Americans who stand against Donald Trump’s political corruption have taken to opposing anything with his name on it. And in what may be one of the biggest conflicts of interest between a politician and the media of all time, Trump is still Executive Producer of the NBC show Celebrity Apprentice which now stars Arnold Schwarzenegger. The new season debuted on Monday night, and in a symbolically fitting bit of karma, corporate malfeasance blocked scores of Americans from being able to watch it on television.

DirecTV dropped local network affiliates across the nation from its roster, in an attempt to force those affiliates into a more favorable deal. If the Democratic Party had its way in Congress, that kind of corporate malfeasance would be outlawed for the benefit of the consumer. But Donald Trump’s Republican Party would never allow mega-corporations to be reined in, and so DirecTV gets away with what it wants. And according to the explosively negative reaction across social media, it appears thousands of angry people were blocked from being able to watch the season premiere of Trump’s television show.

“WTF @nbc I can’t watch Celebrity Apprentice with @DIRECTV” exclaimed one angry Twitter user. “How am I supposed to watch the Apprentice with @DIRECTV and @kcranews killing my vibe,” tweeted another. The full feed of people tweeting about “DirecTV” and “Apprentice” pointed to just how many people were cut off from watching the show. In other words, considering his apparent financial participation in the show, it was a bad night for Arnold Schwarzenegger and Donald Trump. And for the record, Schwarzenegger’s new “You’re Terminated” catch phrase was predictably dumb.

← More evidence than ever that Donald Trump is flat brokeThis is how democracy dies: House Republicans kill off Ethics Office in secret meeting →