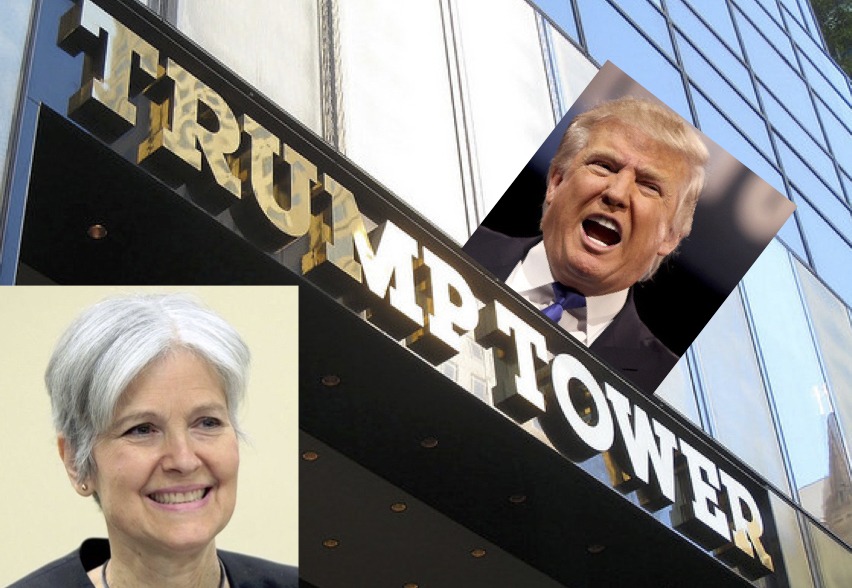 On Saturday night we reported that third party candidate Jill Stein would be holding a press conference outside Trump Tower in order to discuss her escalation of the recount fight in Pennsylvania. Now Stein has posted the full details of the event, which will take place on Monday morning.

Jill Stein posted an official Facebook event in which she lays out the following details for the recount protest and press conference outside Trump Tower. Here’s what she has to say about the event:

As Donald’s Trump’s margin in Pennsylvania drops significantly and his team desperately rushes to block recounts in Pennsylvania, Michigan and Wisconsin, Dr. Jill Stein will host a rally and press conference outside Trump Tower on Monday, December 5 at 10:00 a.m. ET, vowing to fight tooth and nail to verify the accuracy, security, and fairness of the vote.

At Trump Tower, Dr. Stein will be joined by grassroots supporters who have fueled her unprecedented multi-state recount campaign, which quickly raised $7 million from nearly 150,000 individual donors. Stein and supporters will call on Trump and his allies to stop putting party politics above country, and verify the vote through common-sense procedures demanded by voters. “We won’t stand down as Donald Trump and his allies seek to frivolously obstruct the legal processes set up to ensure we have a voting system we can trust and that all votes have been counted,” said Stein.

Stein lists the official start time as 10:00am and she states the specific location as being “Across the street from Trump Tower; Northeast corner of 5th Avenue and W. 56th Street. Again, the official event page can be found here. Donald Trump is believed to currently be inside Trump Tower, but he’s as of yet had no response to the upcoming event.