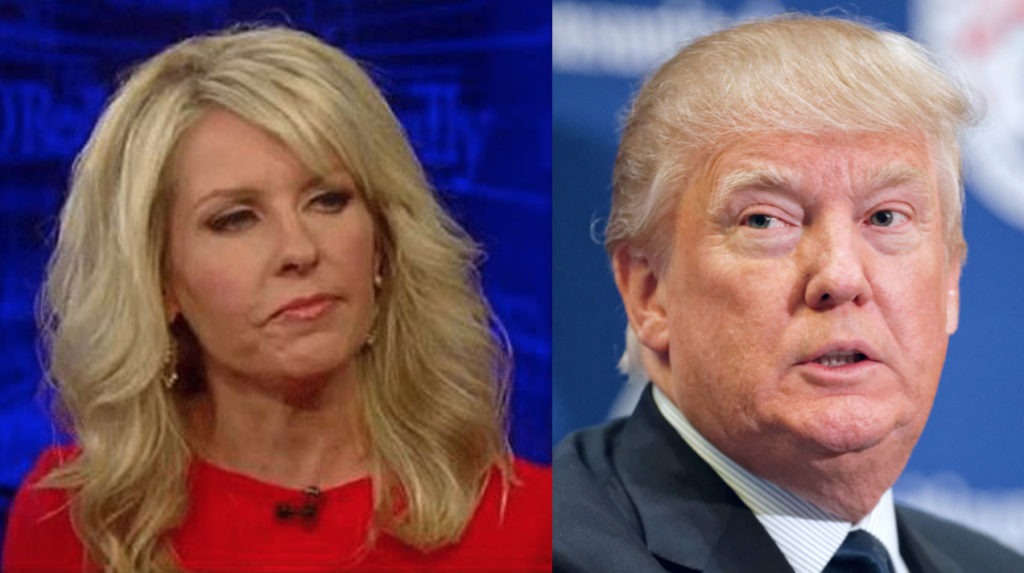 If not for plagiarism, Donald Trump might have had two foreign agents on his National Security Council. Trump announced in January that he was appointing Fox News pundit Monica Crowley as a deputy to National Security Adviser Michael Flynn. But then it was quickly revealed that much of Crowley’s most recent book had been plagiarized, so she wasn’t hired. But days after Flynn registered as a foreign agent, Crowley has now done the same.

Flynn was forced to resign in February after it was revealed that he had been in regular secret communication with the Russian Ambassador before and after the election and lied about it. Last week he registered with the U.S. government as a foreign agent of Turkey, belatedly admitting that he had been indirectly on another nation’s payroll at the time he was working as a Donald Trump campaign adviser. Monica Crowley has now registered as a foreign agent herself today, but her choice of new foreign employer is even more eyebrow raising.

According to her official filing on the U.S. government website, Monica Crowley will now be acting as a foreign agent of Viktor Pinchuk, a businessman in Ukraine. If you take a look at Pinchuk’s recent history you’ll find that he’s been a leading voice in his nation for essentially handing things over to Russia and the Kremlin (source: Wall Street Journal). This is remarkable, considering the controversy now surrounding Donald Trump over his decision to remove a pro-Ukraine plank from the Republican Party platform at the Kremlin’s urging, even as the Kremlin was rigging the election for him – and then he nearly hired Crowley, who now officially works for a pro-Kremlin political figure.

One thing to note here is that while Michael Flynn is retroactively filing as a foreign agent for money he now admits he took during the campaign, Monica Crowley’s filing indicates that her work as a paid foreign agent is just beginning now. There is not yet any evidence that Crowley was on the pro-Kremlin payroll at the time Donald Trump tried to hire her – but if any such evidence is out there, we’ll find it. Contribute to Palmer Report

← Colonel Mustard in the library with a lead pipeWayne Tracker, John Miller and the absurd double lives of Donald Trump and his administration →
Leave a Comment