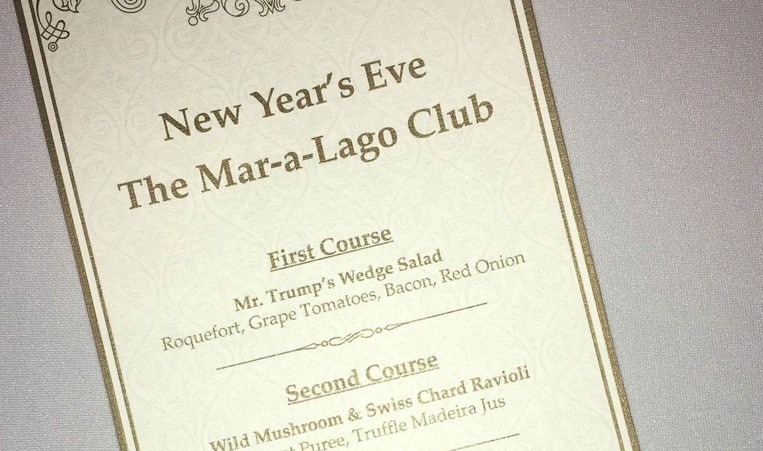 For those wondering if Donald Trump will try to use the presidency to line his own pockets one conflict of interest at a time, it turns out they didn’t even have to wait until 2017 to definitively get their answer. Trump hosted a New Years Eve party at his own Mar-a-Lago resort in Florida and sold expensive tickets to it, effectively selling access to himself in his role as “president-elect” and pocketing the money due to his ownership of the resort.

Trump’s team is already trying do damage control, spinning the pay-to-play New Years event. Hope Hicks, who has the doesn’t-sound-real title of White House Director of Strategic Communications, has told Politico that “the president cannot and does not have a conflict,” bizarrely referring to Trump as the “president” even though he hasn’t yet taken office, and seeming to imply that a president can’t have a conflict of interest by definition. Meanwhile the Brookings Institute views Trump’s financial conflicts of interest as a violation of the Emoluments Clause of the Constitution.

Meanwhile the Palm Beach Post local newspaper has been posting live updates from the Mar-a-Lago New Years Eve event, confirming in pictures that Donald Trump and his wife and son are indeed in attendance at the party, making the conflict of interest official (above photo credit: Palm Beach Post). Trump fully owns the club and thus will directly financially benefit from any profit the party generates.

← Is Donald Trump broke? He’s “struggled” to come up with money for transition team salariesDonald Trump was lying about Quincy Jones attending his New Years party →