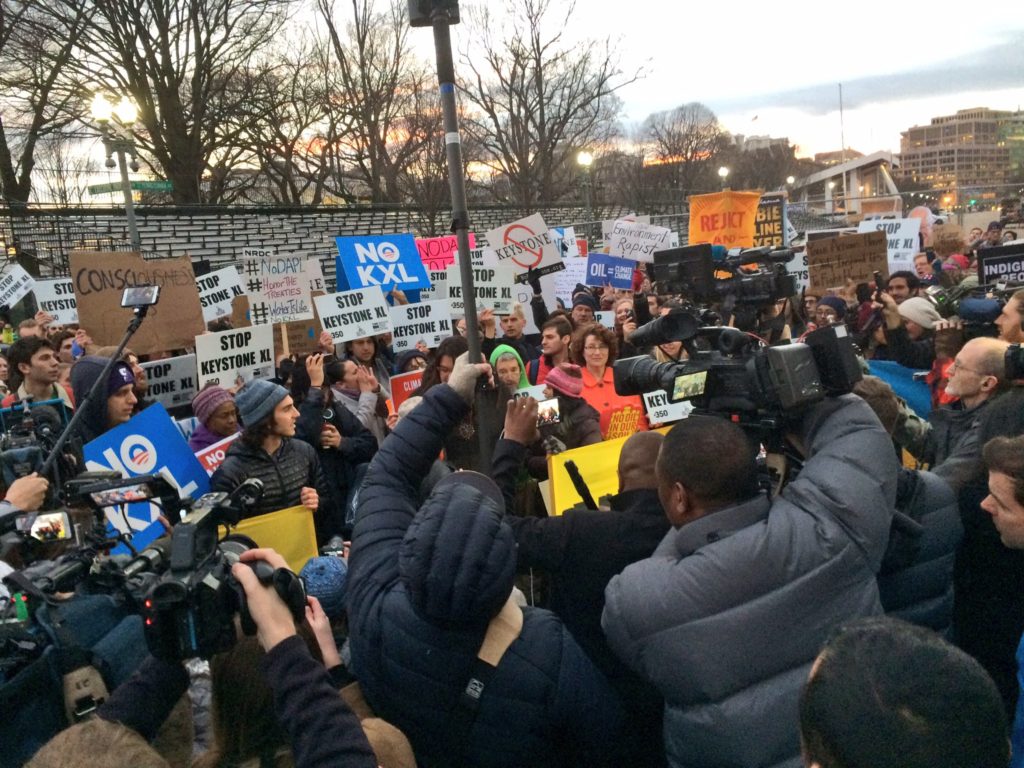 Donald Trump has wasted no time trying to get the controversial and dangerous Dakota Access Pipeline and Keystone XL Pipeline projects underway, having signed orders earlier today to push forward with the construction of both. But in response, a massive spontaneous protest has broken out in front of the White House.

Ben Cushing from the Sierra Club, a leading environmental and conservation organization, tweeted the following photo of the protesters outside the White House: