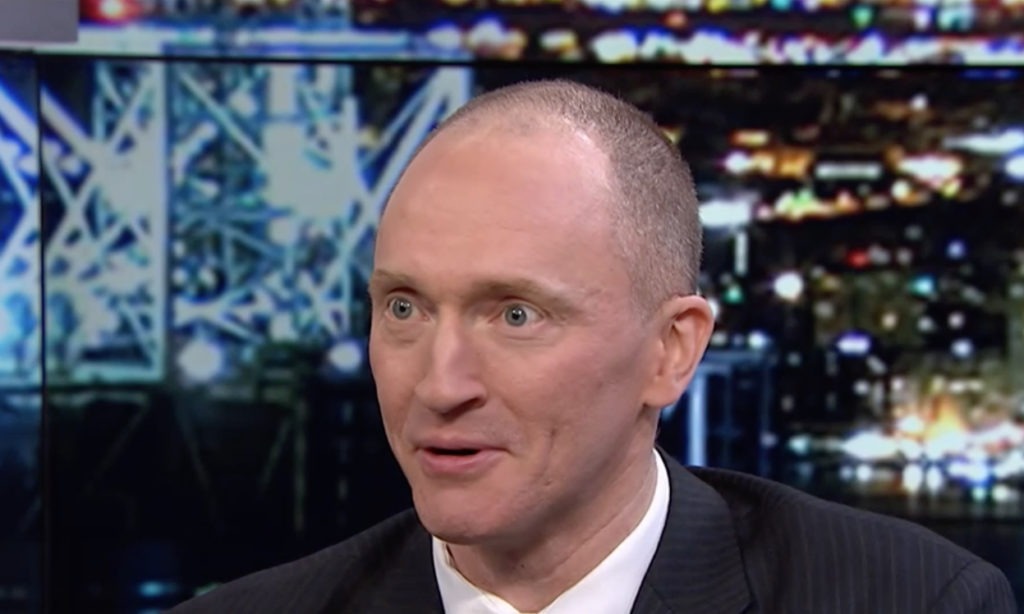 If you’re obscure Trump-Russia suspect Carter Page, you should have been breathing a sigh of relief on Thursday. Suddenly bigger fish like Jeff Sessions had become the focus of the scandal. Page should have laid low for awhile and hoped the world (and the Feds) stopped caring that he existed. But instead, Page panicked by appearing on MSNBC to proclaim his innocence, but ended up changing his story and admitting culpability instead.

There is still no one outside of the Donald Trump campaign who knows for sure who Carter Page is, or why he was given a key foreign policy role in the campaign despite being a nobody with no qualifications. He appears to have spent much of his adult life working in Russia or for Russian companies. He ran off to Moscow for a week after the campaign, for unexplained reasons. While he was there, he was quoted (correctly or not) in Russian state-controlled media making threats against John McCain. He’s a bizarre ghost of a figure who may be the linchpin of the Trump-Russia investigation or may just be a pivotal rube who didn’t know what he’d gotten into.

We’ve previously reported on the strong evidence that suggests it was Jeff Sessions (or Sessions’ then chief of staff Rick Dearborn) who hired Carter Page into the Donald Trump campaign to begin with. They both went on to collude with the same Russian Ambassador in the same meeting, so that’s not a coincidence. So perhaps Page felt he needed to appear on MSNBC in order to stick up for Sessions, whose career and legacy fell apart yesterday. But let’s just say that the appearance didn’t go well.

Carter Page had long claimed he never met with the Russians during the campaign. But during his interview last night, he told Chris Hayes that “I’m not going to deny that I talked with” Russian Ambassador Sergey Kislyak, which is an admission that he did. Why do this? Why go volunteer to go on TV and then admit complicity, establishing that he lied to begin with, and putting the investigation spotlight back on himself? Page also refused to confirm last night that he’s ever met Donald Trump. Who is this guy?

Watch Carter Page’s interview with MSNBC host Chris Hayes in the video below: