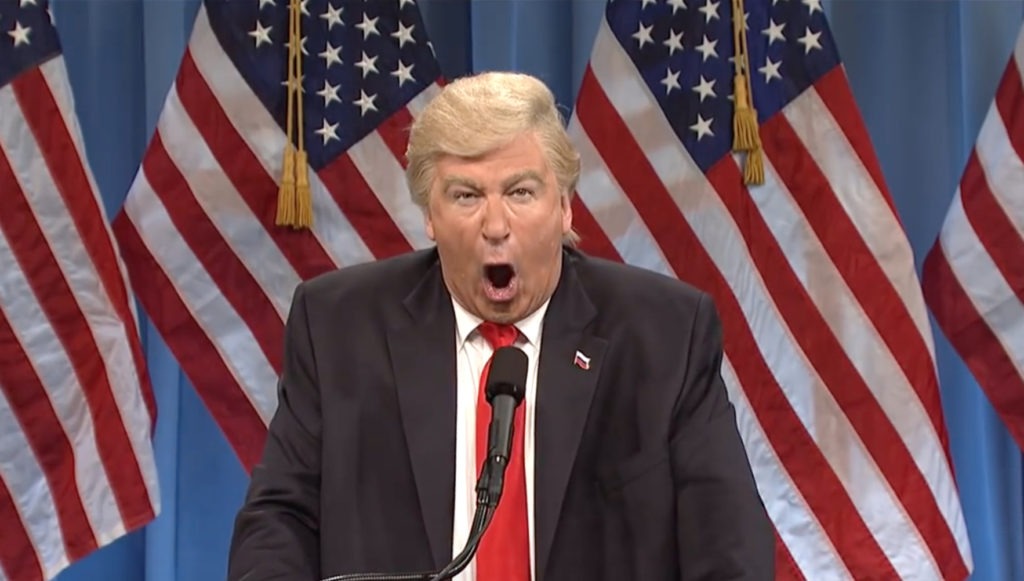 If there’s been one silver lining of Donald Trump’s patently offensive foray into politics and his nightmarish illegitimate presidency, it’s been getting to watch Alec Baldwin make fun of him most weekends on Saturday Night Live. Baldwin’s version of Trump is funny, entertaining, and would probably do a less harmful job of running the country. Now comes the moment we’ve all been waiting for, ever since he first put on the wig and orange makeup: Alec Baldwin will officially host Saturday Night Live.

This means that Alec Baldwin will be around for the entire episode, rather than merely the one or sometimes two sketches he usually appears in. The magic date to circle on your calendars for the Baldwin-hosted episode of SNL is February 11th. In the mean time, this will have to tide you over…