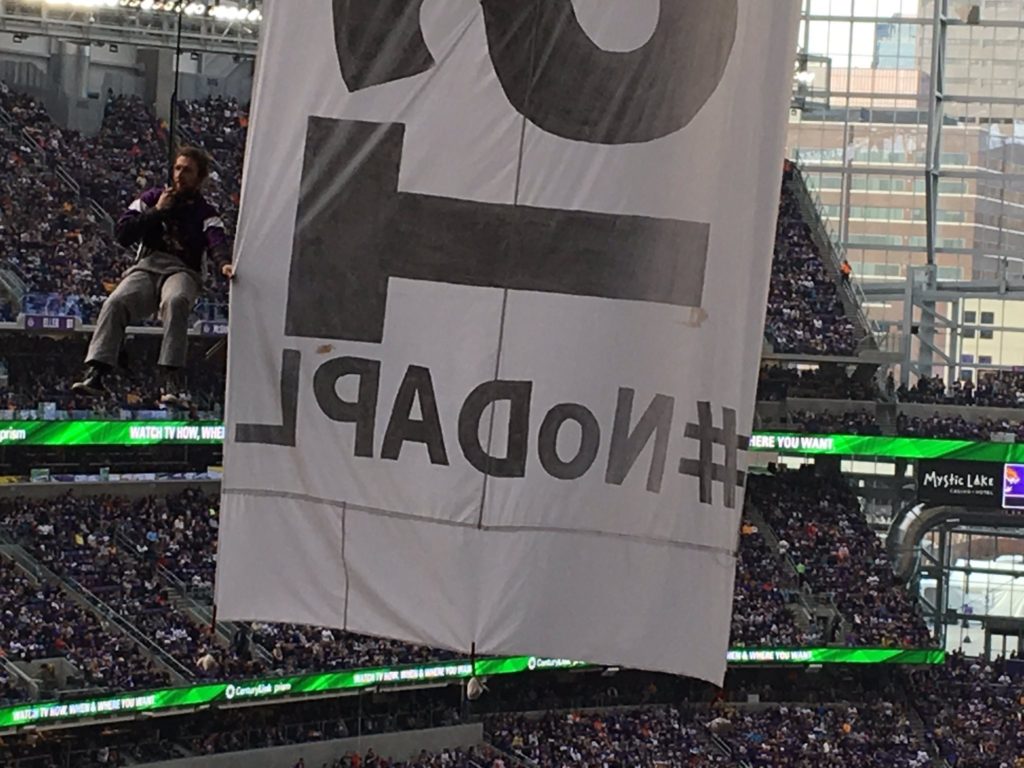 The final week of the NFL football regular season turned sharply political, as a protester in a Brett Favre Minnesota Vikings jersey climbed the rafters of U.S. Bank Stadium in Minneapolis in order to protest against the bank’s involvement in the controversial Dakota Access Pipeline project.

The protester hung from a rope and erected a large banner reading “U.S. Bank / Divest / NoDAPL” from the rafters. Although the pipeline is located in North Dakota, the bank in question is the title sponsor of the Minnesota stadium, hence the location of the protest.

President Obama recently announced that the pipeline would be rerouted to avoid cutting off water to a nearby Native American reservation. However it’s possible that Donald Trump and the Republicans may try to reverse the decision, and so the protests continue. More to come on the identify and details of the protester in the rafters as it’s available. Photo: Brett Boese | Post-Bulletin.