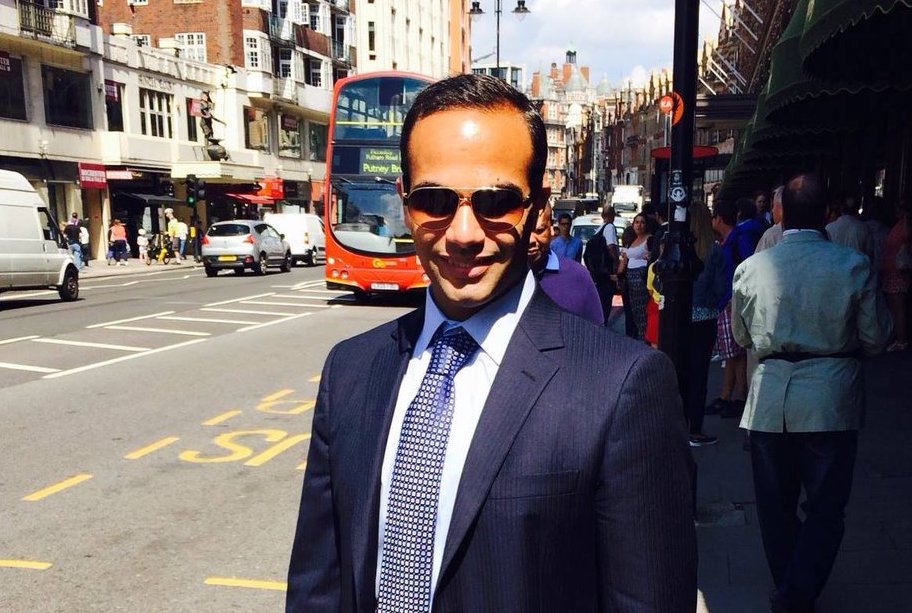 Donald Trump campaign adviser George Papadopoulos instantly became a household name on Monday when it was revealed that he had been arrested, pleaded guilty, and confessed to conspiring with the Russians in clear view of his campaign bosses. That set off a feeding frenzy aimed at finding information about the previously obscure adviser. A series of clues initially made it appear that Robert Mueller had sent Papadopoulos to London last week to try to incriminate a Trump-Russia player. However, there are a number of things wrong with that claim.

The Twitter account @GeorgePapa19 claims to be George Papadopoulos, and there’s nothing about the account that would suggest otherwise. Twitter hasn’t verified the account’s identity with a blue checkmark, but that’s typically only reserved for public figures, so it’s entirely reasonable that an obscure adviser like Papadopoulos would not have a verified account. The most recent tweet, from October 25th, contains a photo of Papadopoulos in London as he appears to be headed into a business meeting. So who was he meeting up with?

We still have no idea – but we do know that this photo is not recent. He would have had to surrender his passport when he was arrested this summer. Even if Robert Mueller had authorized him to travel overseas for a meeting aimed at incriminating a Trump-Russia figure in London such as Julian Assange or Nigel Farage, he would not have been permitted to talk openly about it on Twitter.

Further, the UK version of Huffington Post did some digging and determined that the photo of George Papadopoulos in London is at least four years old (link). So no, Papadopoulos wasn’t in London last week. There may be a very small chance Mueller had Papadopoulos post the old photo on his Twitter account last week as some kind of fake-out, but the most likely explanation is that the Twitter account in question simply isn’t Papadopoulos.