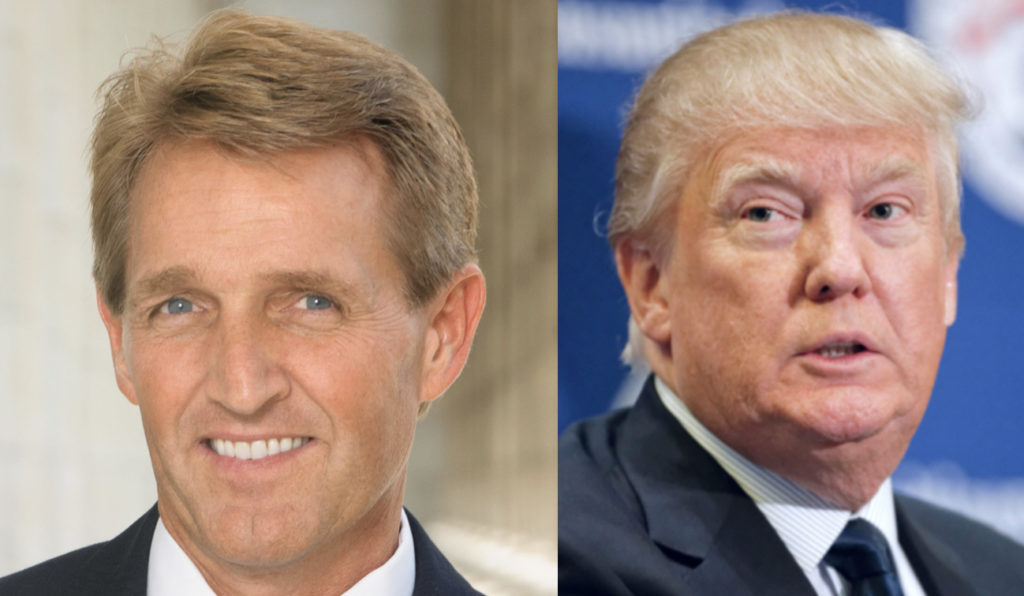 Now that Donald Trump is preparing to nominate someone to replace Justice Anthony Kennedy on the Supreme Court, those who oppose Trump’s agenda are focusing on the handful of comparatively moderate Republican Senators who are in position to scuttle the nomination. Among them is Senator Jeff Flake of Arizona, a frequent Trump critic who is not seeking reelection. Recent headlines have strongly suggested that Flake has said he’ll vote for Trump’s nominee. But an examination of his actual words paints a different story.

Before anyone involved knew that the Supreme Court seat was about to open up, Senator Flake stated that he would block Donald Trump’s judicial nominees in protest of Trump’s recent tariffs. After Justice Kennedy retired, Flake told the Arizona Republic newspaper that he would arbitrarily block Trump’s Supreme Court nominee over tariffs, stating “I have all the leverage I need. I certainly wasn’t anticipating a Supreme Court vacancy, but it’s unaffected.” Flake went on to make clear to the Arizona Republic that he won’t make a decision on Donald Trump’s nominee until he finds out who the nominee is: “I want someone who will interpret the Constitution and not legislate from the bench; it’s what I’ve always said in terms of how I would view any nominee.”

However, Business Insider then published an article based on the Jeff Flake’s Arizona Republic interview, and went with the headline “Democrats’ best hope to stall Trump’s next Supreme Court justice just collapsed.” This headline strongly (and incorrectly) implied that Flake had announced he was planning to vote for Trump’s nominee. Accordingly, various individuals on social media have expressed the mistaken view that Flake plans to vote for the nominee, citing the Business Insider headline as their source.

Based on Jeff Flake’s own words in the Arizona Republic interview, he clearly has not stated his intent when it comes to voting for or against Donald Trump’s Supreme Court nominee. So we rate this claim as False. As a side note, the Daily Beast recently reported that Flake is interviewing for a political commentary gig with MSNBC and CNN, but apparently not Fox News. It would be difficult to imagine Flake succeeding as an MSNBC commentator if his final act as a Senator is to help the Supreme Court to overturn Roe v Wade. We’ll see if Flake’s post-Senate career ambitions end up influencing his vote.