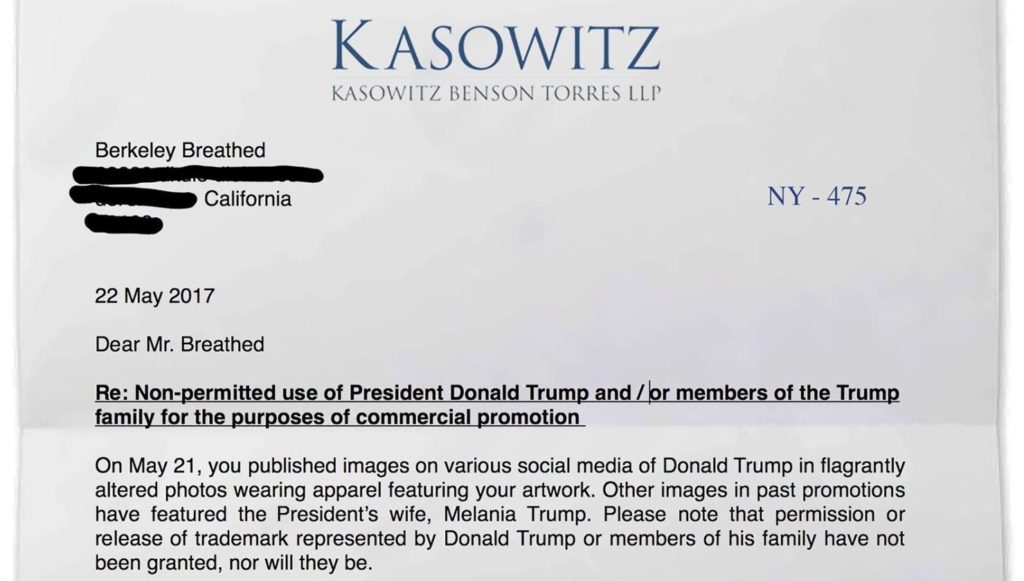 Earlier today, Bloom County comic strip creator Berkeley Breathed posted a letter from Donald Trump’s newly hired attorney Marc Kasowitz, which threatened to sue him if he continued using “photoshopped” images of Trump on social media. This set off an immediate firestorm across the internet, as many among the public began wondering if Trump had truly reached the desperation point of sending his lawyers after comic strip creators. But was it even real?

Berkeley Breathed posted the Kasowitz letter on his verified Facebook page, with the caption “Arrived this morning. Full disclosure around here –Mgmt” and no further comment. Here’s an image of the letter in question: 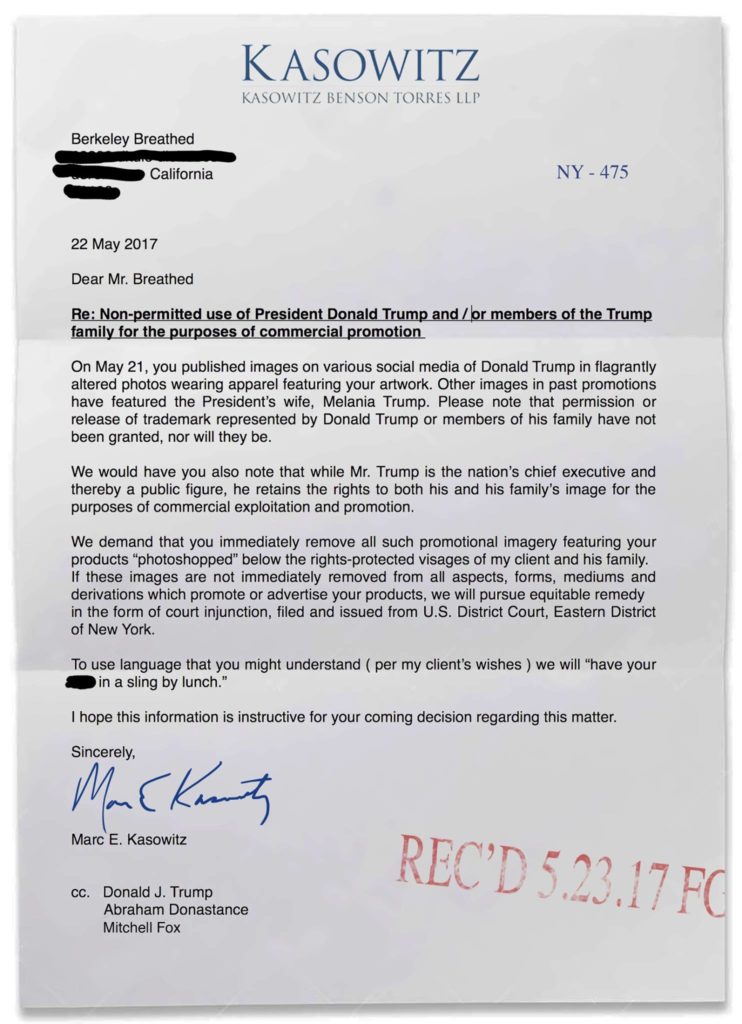 Many observers, and most commenters, assumed that the letter was real. This was despite the inclusion of a sentence near the bottom which read “To use language that you might understand ( per my client’s wishes ) we will ‘have your —- in a sling by lunch.'” The missing word was blacked out and unreadable. This certainly sounded like the kind of thing that Donald Trump might say, and it is factually true that Trump hired Marc Kasowitz to personally represent him earlier this week.

But according to Marc Kasowitz himself, he never sent any such letter. Kasowitz told BuzzFeed that “This is a fraud, not true” (link). Kasowitz also told New York Magazine that the letter is a “fake” (link). It’s not possible to believe that an accomplished attorney like Kasowitz would send a letter to an adversary and then publicly claim otherwise. So even as we wait for Berkeley Breathed to confirm that he crafted the supposed Kasowitz letter as a joke, it’s clear that it’s not real. So when it comes to the claim that Trump’s attorney is threatening to sue the creator of Bloom County, our fact check rates it as False.

← Down goes Kushner? FBI is now going after Jared Kushner in Donald Trump’s Russia scandalEuropean intel community said to be preparing to leak dirt on Donald Trump after his attack on NATO →
Scroll To Top