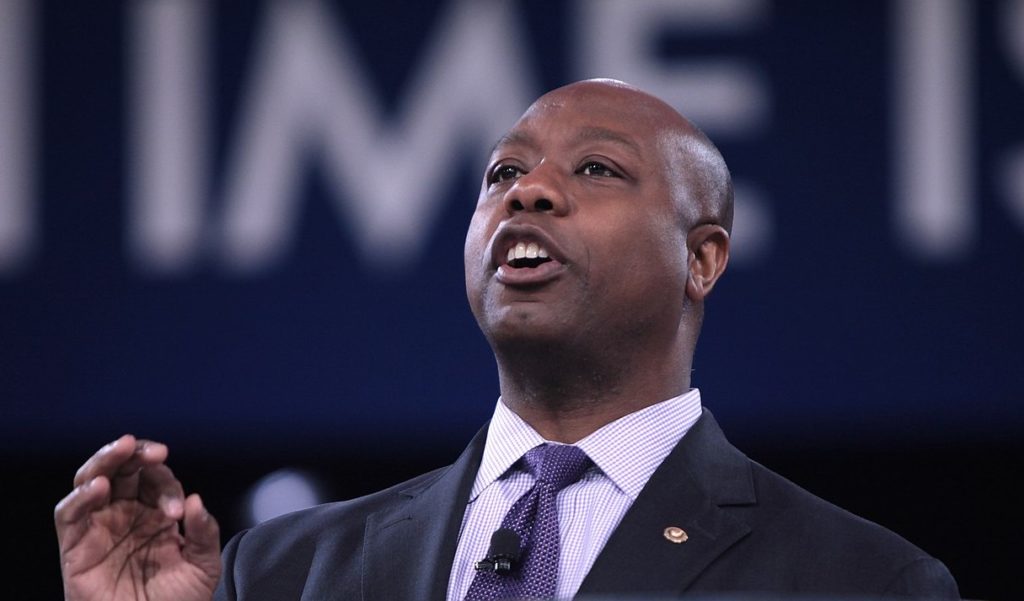 After a beautiful and heartwarming speech from President Biden, I decided to watch the rebuttal given by Senator Tim Scott (Creep-South Carolina). The only problem is that I had no idea what he was talking about. He sounded like a bad actor on an audition.

He started out by talking about the power of the church, and I felt like any minute he was going to say the prayer line is open and give us an 800 number to call.

Senator Scott proceeded to complain about schools being closed for so long. Does he have any idea that Biden just came into office a couple of months ago, and the former guy was (tragically) president before that? I knew this was going to be a waste of time, but I had no idea it would suck this much.

Senator Scott is now accusing the Democrats of being the real racists. At the same time, he said America is not racist. I think he caught something from Lindsey Graham, and that something is idiocy.

He sounded so pretentious that it was difficult to watch without laughing. The insincerity was dripping off the guy to the point where I’m surprised it didn’t come through my television screen.

Scott seemed nervous, as evidenced by that fake smile on his face. I do have to give honorable mentions to Ted Cruz for appearing to fall asleep during Biden’s speech, and for Biden’s takedown of Josh Hawley when Biden thanked everybody for voting for the hate crimes bill and said the vote was 94 to 1. That was such a sweet moment.