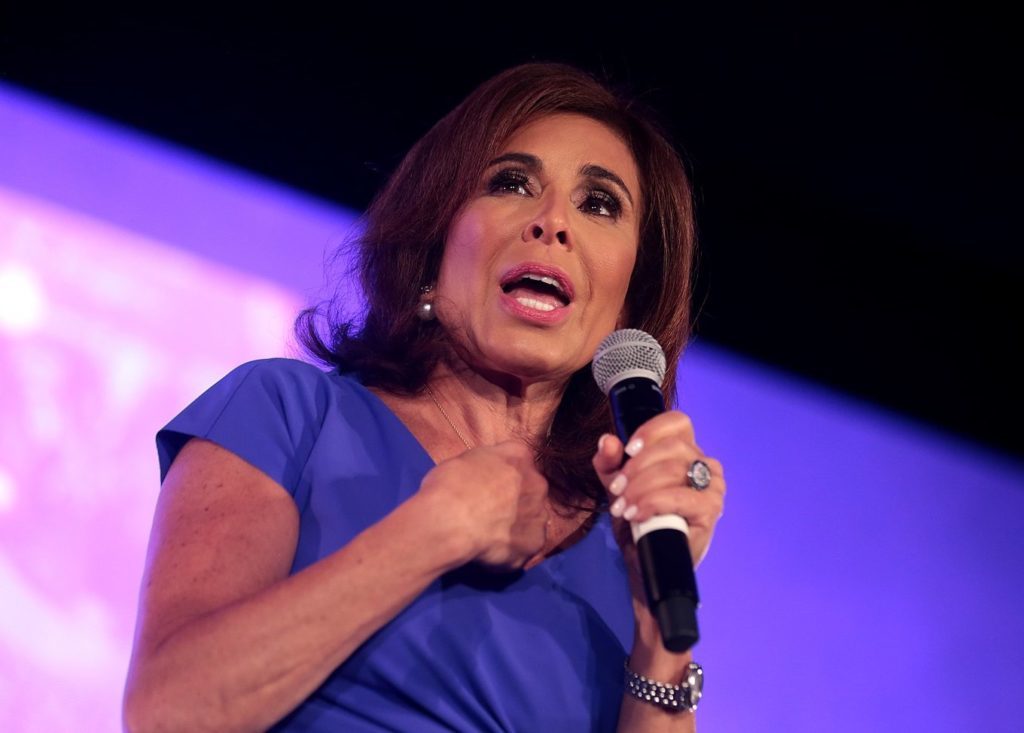 Former judge Jeanine Pirro threw some red meat to her Fixxed News viewers in her parting remarks at the end of her Saturday show. The jaded jurist shrilly claimed that the “Green New Deal” of President Biden and the Democrats of Congress (H. Res. 109) was a plot to deprive the right of steak dinners and gas-powered vehicles. She also warned that we’re also going to be forced to buy electric cars at exorbitant prices, if we will still have jobs.

Apparently Pirro hasn’t heard that the Earth and its residents are in deep jeopardy due to global warming and climate change, largely due to carbon emissions and other byproducts of the Industrial Revolution and the mechanization of humankind. She also fails to note that the New Green Deal is calculated to generate more wealth to the U.S. by generating new jobs and industries, rebuilding our crumbling infrastructure, uplifting the poor and disadvantaged, cleaning up our environment, improving our failing education systems, and conferring many other benefits to our nation and the world.

I do agree with one thing mentioned by former judge Jeanine: we inhabitants of the Earth breathe the same air. But her logic stops there as she deduces that since we’ll be breathing China’s dirty air anyway, why bother cleaning up America’s? You would think that she forgot that she looks out her big city window on a landscape hazy from exhaust emissions and industrial pollution. It’s not important to former judge Jeanine and her right-wing-meat-eating fans that America and the world critically needs to build a new, prosperous future through the improvements and innovations to be generated through the Green New Deal. She and the other righties want their steak and eat it too right now!