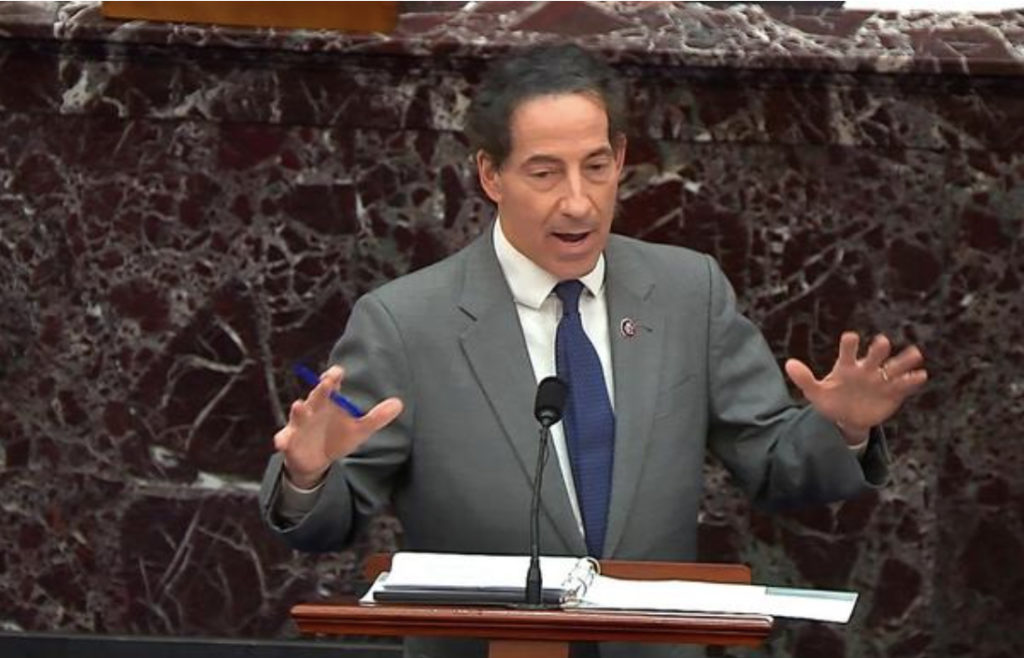 There can be no doubt how Republican Senators would vote if they honestly looked at the evidence in Trump’s impeachment trial; they would have to vote for Trump’s conviction. That there is still any question as to whether they will actually do so shows just how craven and depraved the Republican Party has become.

The House Impeachment Managers did a masterful job. They made compelling points, without histrionics. They presented evidence, through documents and videos, that was gut-wrenching. Their arguments were methodical and convincing. Jamie Raskin aptly likened Trump to a fire chief who had sent a mob off to set a fire and then refused to send his firefighters to put it out.

Swalwell repeatedly noted how Trump kept calling out as cowards Republican leaders, like McConnell & Thune, knowing full well that these Senators will be voting on the outcome. In essence, he challenged them: “Are you really going to sell out what’s left of your integrity for a man who called you weak cowards?? Don’t you realize your loyalty to him will get you nothing?? After all, he even turned on his most loyal servant, Mike Pence.”

Collectively, the House Managers did a great job of undercutting the Trump Team’s claim that, by seeking to hold Trump accountable, the House Managers are trying to disenfranchise millions of voters. They showed that the whole purpose of Trump’s Insurrection was to stop the certification of the election, thereby disenfranchising all voters in critical states.

House Manager Ted Lieu cleverly asked Republican Senators to be as brave and courageous as Republican election officials throughout the country who withstood pressure and attacks from Trump and instead fulfilled their legal and constitutional duties. But will the Republican Senators do so?