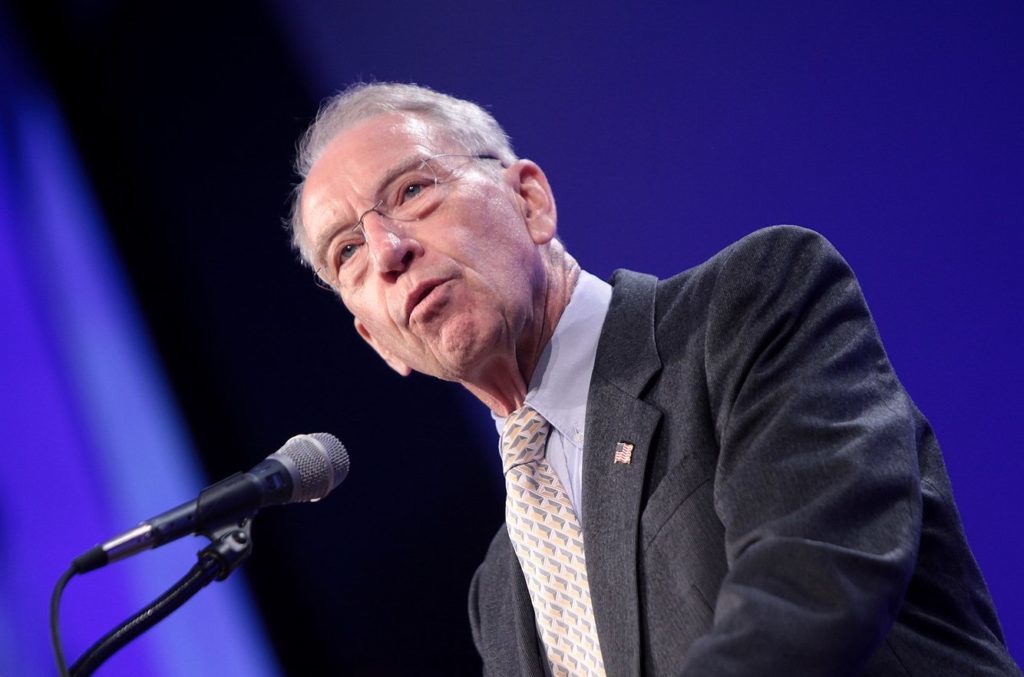 Amidst the rolling green pastures of the lovely state of Iowa, there is a certain someone who has been grappling with a serious decision. Amidst the lush farmlands and bucolic country homes, there exists a specific Senator who has been mulling over a few things. This person would seem to come from another century.

He sometimes appears dazed, like he doesn’t know quite who he is, and what he is doing in the Senate. This person has been in the Senate for quite awhile. Sometimes it seems he’s been there for centuries. Many, many centuries. His views have changed little over the years. He remains as our of touch with his constituents as he always was.

And amidst the chirping birds, and lovely red barns of Iowa, the man has pulled himself out of his zoned-out fog to make an announcement. Chuck Grassley of Iowa is running for yet another Senate term. I can hear the groans from here. Don’t worry. I believe Chuckles is beatable. I did expect this since reportedly his buddies were trying to talk him into it. It might be better to go up against him anyway rather than someone new. We are going to have lots of work to do as 2022 draws nearer!