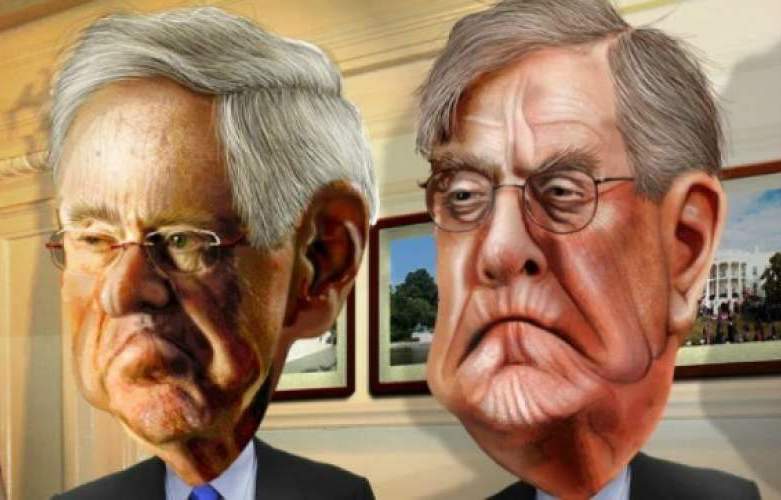 The For the People Act (“HR1”) is a sweeping 800-pages seeking to strengthen and protect our democracy. Most know it includes voting rights expansion that would negate Republicans’ efforts to restrict and suppress voting, but it also limits party gerrymandering, creates new ethics rules for federal officeholders, and changes campaign finance laws to reduce the influence of money in politics.

A leaked recording obtained by the New Yorker reveals GQP donors are terrified by conservatives’ support for HR1’s provisions to prevent billionaires from buying elections. It reveals a phone conversation between a senior advisor to Mitch McConnell and the Koch brothers network, along with other conservative groups, conspiring to torpedo any such legislation. They privately admitted they are alarmed by public support for HR1.

The Koch family owns Koch Industries, the second-largest privately-owned company in the US. They built a political network of Libertarians and other very conservative donors, and funneled financial revenue into television and multi-media advertising.

HR1 bans large, anonymous political donations aka ‘dark money.’ According to Kyle McKenzie, research director for Stand Together (a Koch-funded group), Senate Republicans would need to use “under the dome” legislative tactics to stop HR1 because generally, everyone but them (specifically including conservative voters) agreed billionaires should not be able to buy elections behind the scenes. “Unfortunately, we’ve found that that is a winning message.”

Stand Alone spent a lot of money to find persuasive arguments against HR1, but “sadly” conservatives were not even persuaded when they claimed it would allow AOC to hold Trump administrative officials accountable or that “cancel culture” was tied to it. “That was definitely a little concerning for us,” McKenzie said.

So while the GQP claims publicly that their heavy opposition to HR1 is because it is unpopular with their base, they are lying just as much as when Ted Cruz claims it is ‘dangerous’ to hold free and fair elections and would allow illegal immigrants to vote. They know certain provisions of HR1 are very popular within their own party, which has them running scared.