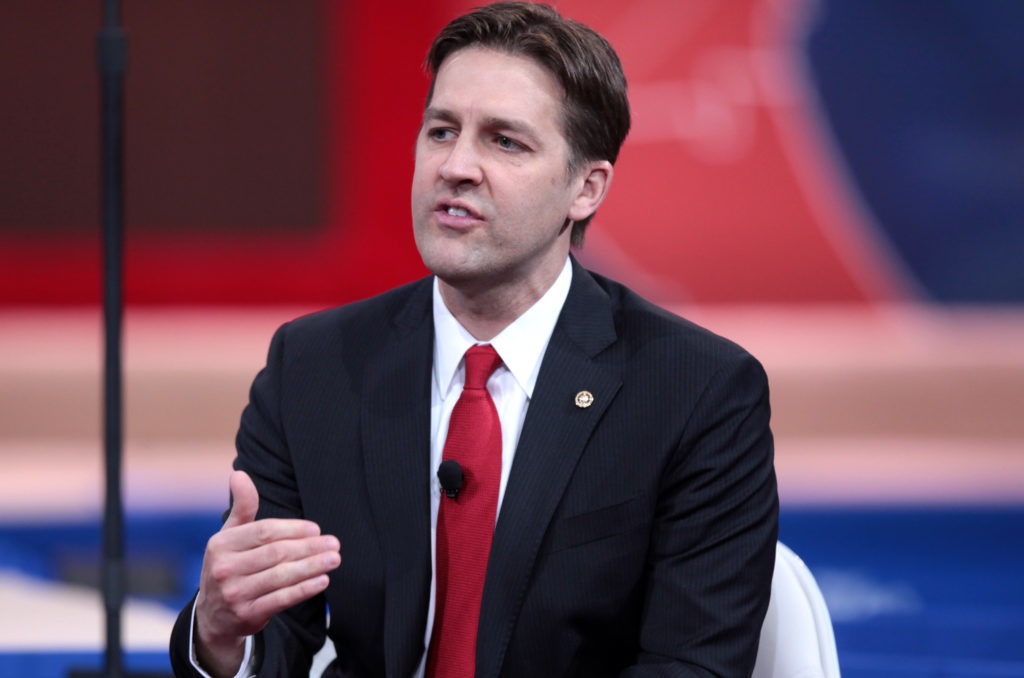 Just days before the impeachment trial Ben Sasse released a scathing statement about the insurrection, conservatism and his censure by the Nebraska GOP. “Something has changed but it’s not me…Faith has been replaced by politics and the worship of one man”. That sounds insightful..but the fact is there has been a transactional pact between the Christian Right and the GOP for decades. It finally paid off in 2016.

So here’s hoping that Ben Sasse never has to come to the realization that the Christian right gave up its moral superiority a long time ago in exchange for political power. Here’s hoping he didn’t notice all of the crosses and “Jesus 2020” symbolism at the insurrection. For his sake I hope he didn’t notice the impromptu prayer gathering inside the Senate chambers by rioters. Maybe he did and this is what he is referencing. What’s bothersome is he says he hasn’t changed and that is the bigger the problem.

Certainly he has been outspoken on several occasions when the previous administration enacted immoral policies and practices. But this simply means he already knew faith leaders and the faithful were willing to follow one man down a degenerate rabbit hole.

Unfortunately, when conservative Christians in Congress had a chance at redemption by voting to convict and remove the amoral executive only one (Romney) had the moral courage to do so. Just think how different things could have been if that executive had been removed a year ago. Where I come from we call that “all talk no action”. As of today, Ben Sasse has another chance to do the right thing.