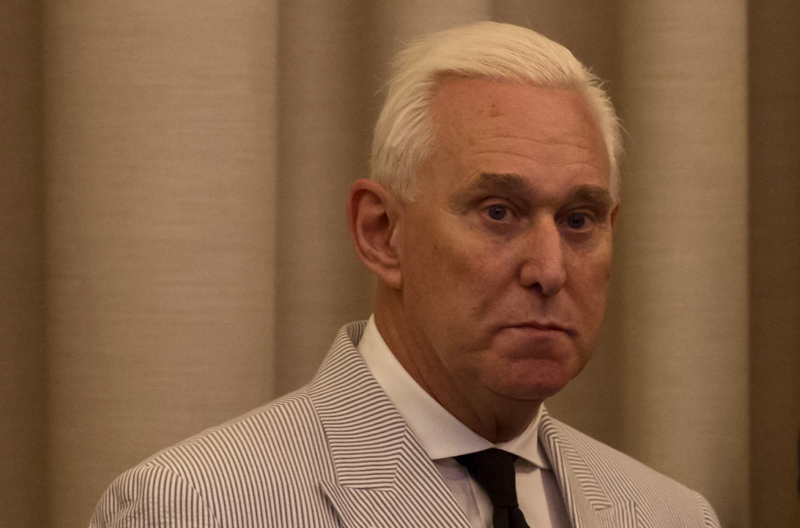 In hindsight, Roger Stone’s fate was sealed the minute his longtime friend Donald Trump was named the illegitimate winner of the 2016 election, thus ensuring an investigation into how the election was stolen, which would ultimately expose Stone’s plot with Russian hackers against the United States. But if there was any doubt that Stone would face justice, we now know that any such doubt was erased yesterday.

Stone’s protege Sam Nunberg spent the week very publicly insisting that he would refuse to testify in the Trump-Russia scandal. But when Friday came around and Nunberg was facing the choice of showing up to testify for Robert Mueller’s grand jury or being arrested, Nunberg chose to show up and spill his guts with five or six hours of testimony. Nunberg then proceeded to spill his guts to the media about his testimony, revealing who the true primary targets are when it comes to the grand jury.

Nunberg had been subpoenaed regarding his conversations with ten key Trump-Russia players. Now he’s telling ABC News (link) that during the course of his first day of testimony, Mueller and the grand jury quickly worked their way through all but three of the names on the list. Nunberg says he’s scheduled for five more full days of testimony. The only three names left on his list: Paul Manafort, who’s already awaiting trial; Donald Trump, for obvious reasons; and – you guessed it – Roger Stone. That’s five full days of testimony about just those three names.

This makes clear just how central of a target Roger Stone is when it comes to Robert Mueller’s grand jury proceedings. The other names on the list like Hope Hicks and Corey Lewandowski are just sort of there. Maybe they’ll be treated like witnesses or maybe they’ll end up being hit with participation trophy-level charges like conspiracy to obstruct justice. But Roger Stone is front and center. Federal grand juries essentially always return indictments against the main targets. This means Stone will be indicted, which means he’ll be arrested and sent to prison to await trial. It’s now inevitable.

← Without Hope Hicks babysitting him, Donald Trump is quickly spiraling out of controlDonald Trump’s attempt at destroying the environment is already going south on him →
Leave a Comment