Yesterday we saw some serious developments in the Ukraine extortion scandal. Donald Trump, who is growing more recklessly stupid by the day, flat out admitted that he sent Rudy Giuliani to Ukraine to stir up trouble. Rudy then went on Fox News and insisted that he hadn’t been in Ukraine for years, before immediately turning around and admitting that he’d just been there three weeks ago.

Even as all of these serious developments were playing out, there was also the reality that Rudy Giuliani is really far gone at this point. How far gone? Sometime after midnight last night, he tried to do a Google search for images of Steve Bannon, but instead he accidentally tweeted his Google search. Take a look: 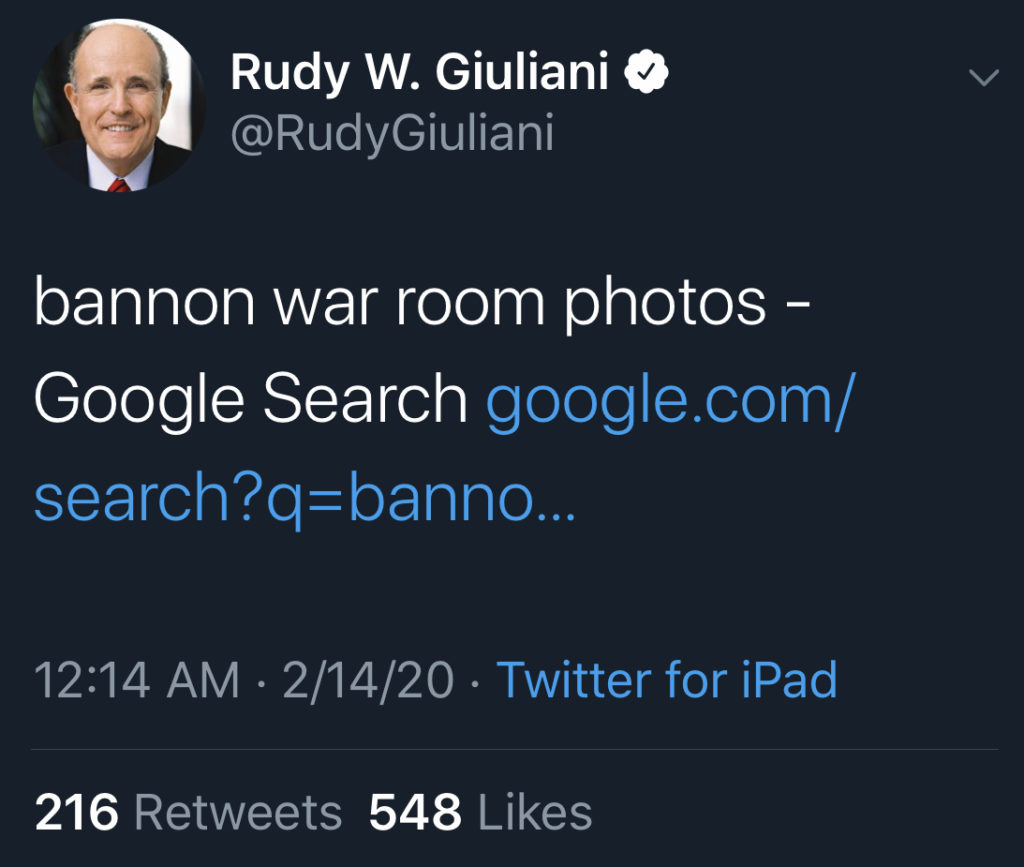 Not surprisingly, he ended up deleting it. If you’re wondering, Rudy did end up finding an image of Steve Bannon, and he tweeted it about twenty minutes later. The trouble: he picked a photo of Bannon sitting in front of a television turned to CNN, and the crawler across the bottom of the screen was quoting someone who had called Donald Trump “idiotic.” So good job, Rudy! Keep in mind that Trump is still relying on witless buffoons like this guy to try to carry out his schemes. It’s possible to be dangerously corrupt while also being absurdly inept at that corruption.

www.palmerreport.com
774
SHARES
Facebook ShareTwitter ShareEmail this articlePrint Article
LinkedinGoogleWhatsappPinterestRedditStumbleuponBufferTumblrPocketLine
← Donald Trump has a whole new problemWe’re up to eight of them now →
Leave a Comment