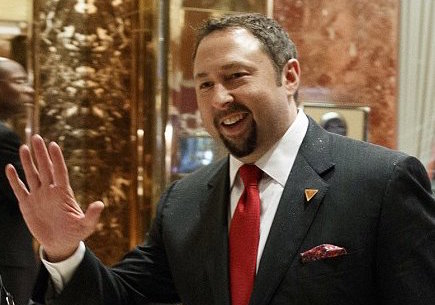 The conspiracy theory on Fox News was always that George Soros was sending caravans of criminal foreigners to the border to invade our pristine white country and pollute it with their brown skin. Now another conspiracy theory has popped up which is that Jason Miller, former spokesman for Donald Trump and senior advisor to his failed 2020 campaign, arranged for all these Haitian refugees to flee Brazil and arrive at the same small border town in Texas to appear as a Biden debacle. Only this may not be a conspiracy theory. And Biden will be getting to the bottom of it.

Miller was briefly detained for questioning in Brazil recently and this may or may not have something to do with what happened at the border in Texas. If this is true that Jason Miller arraigned a flood of refugees to overwhelm the Texas border to make Biden look bad, it may or may not be a crime. But what will come out of this scenario is more humane treatment of those seeking asylum.

Biden was justifiably horrified at the images of horseback riders chasing after black people, reminiscent of overseers and slaves. We all should be. ICE has long been out of control and needs a thorough housecleaning. They were encouraged to cruelty by Donald Trump and it must stop now.