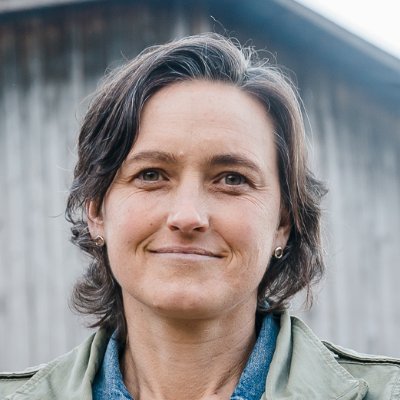 Just days ago, Palmer Report told you about Democrat Holly McCormack, a mother and small business owner who launched a campaign to unseat Rep. Marjorie Taylor Greene in next year’s election for Georgia’s 14th Congressional District. Now, another Democrat has announced her early effort to take a House seat held by another off-the-rails Republican.

Jasmine Beach-Ferrara came out swinging yesterday against Madison Cawthorn, who began representing North Carolina’s 11th Congressional District in January. Beach-Ferrara is a twice-elected county commissioner whose efforts helped make legalized same-sex marriages a reality because, as she eloquently put it, “I believe love wins everywhere and every time.”

Beach-Ferrara cleverly opened her campaign launch video by tackling the elephant in the room while simultaneously slamming her opponent without bothering to mention his name. Reframing the messaging from what skeptics must be thinking, she turned potential negatives into commanding positives, and the contrast between Beach-Ferrara and Cawthorn can’t be greater.

“Some people will say a gay woman who’s a Christian minister just can’t get elected in the South — not to mention she’s a Democrat,” Beach-Ferrara announces at the beginning of her video. “But I say, an insurrectionist who flirts with Nazis and fires up a violent crowd to attack our democracy? Well, he shouldn’t get re-elected anywhere.” Exactly.

There is no question that Beach-Ferrara’s campaign won’t be easy. Not only did Cawthorn win in November by 12 percentage points, but the Republican-led North Carolina General Assembly will be redrawing the district map just in time for the 2022 election.

Fatalists will say Beach-Ferrara doesn’t stand a chance, but that’s exactly the attitude to adopt if we want to ensure we lose as many seats as possible. She ends her video with the perfect closer: “So, with all due respect to the skeptics, this BBQ-loving, football-watching, proud Southern mom of three is running for Congress. And you better believe I’m running to win.”

Beach-Ferrara has a record of working with Democrats and Republicans for positive change and served on the Biden Foundation’s Advisory Council for Advancing LGBTQ Equality. By contrast, photographs and video footage reveals Cawthorn as showing admiration for Adolf Hitler and adopting white-supremacist dog whistles. In addition, a letter written during the 2020 campaign by ten Patrick Henry College alumni, with over 150 additional signatories, details credible sexual assault allegations against Cawthorn while he was a student in 2016.

Like McCormack, Beach-Ferrara deserves extra points for coming out swinging this early. Marjorie Taylor Greene and Madison Cawthorn have no place serving in the United States Congress, and voters will have a chance to send them both packing next year. Learn more about Jasmine Beach-Ferrara and how she has, in her words, already “overturned expectations and created positive change for her community,” by visiting her campaign website.