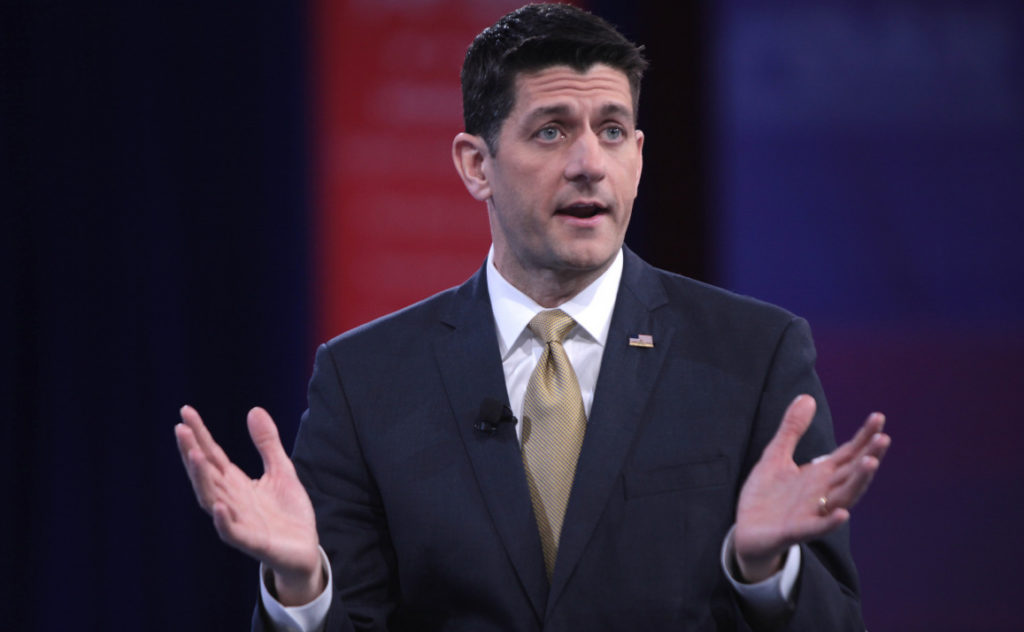 One of the goals of this weekend’s March For Our Lives was to pressure politicians into taking action on gun control. That included quite a bit of condemnation of Republican Speaker of the House Paul Ryan, who has made no effort to reduce gun violence during his time in power. Ryan went and found a way to make things much worse for himself.

Councilman Brandon Scott of Baltimore, who is currently running for Lieutenant Governor of Maryland, posted a tweet condemning Donald Trump, Paul Ryan and Jeff Sessions for their inaction on gun control. Scott went so far as to assert that they would have made excuses for opposing the end of slavery, and opposing civil rights for women. Bizarrely, Paul Ryan (or a staffer) used his official verified @SpeakerRyan Twitter account to “like” Scott’s post.

This was obviously in error. Either Ryan (or his staffer) read Scott’s tweet incorrectly before liking it, or hit the “like” button by accident. The humiliating error remained in place long enough for Ryan’s Democratic opponent, Randy Bryce, to quip “I knew Speaker Ryan was a coward, but I didn’t expect him to agree” while including a screen capture of the “like” in question: 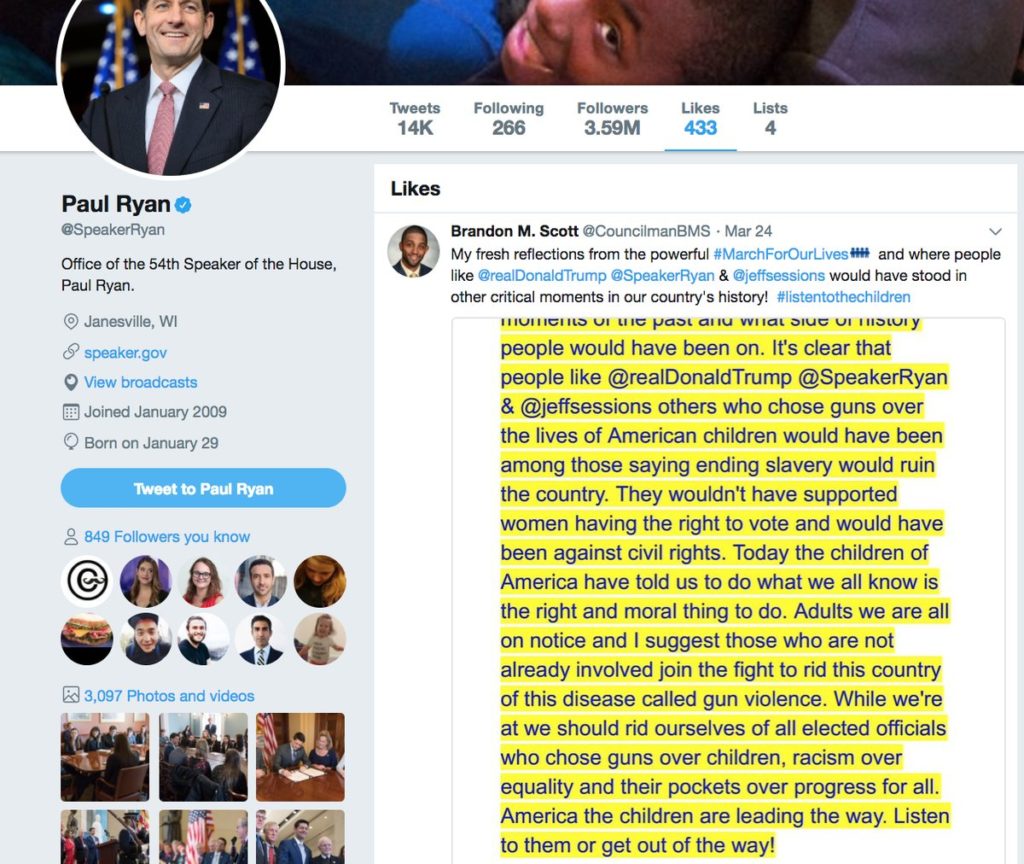 Paul Ryan has since unliked the tweet in question. Ryan is not exactly having a great week so far. Earlier today, a fellow Republican Congressman began publicly pushing the notion that Ryan will resign as Speaker. This came just hours after the Associated Press reported that Special Counsel Robert Mueller has a cooperating witness who helped funnel millions of dollars in bribe money from a foreign government into the hands of the deputy finance chair of the Republican National Committee, raising the question of whether Ryan – in his Republican Party leadership position – knew about the illegal bribe. Perhaps Ryan’s Twitter incident was a result of him and his staff getting sloppy under the pressure.