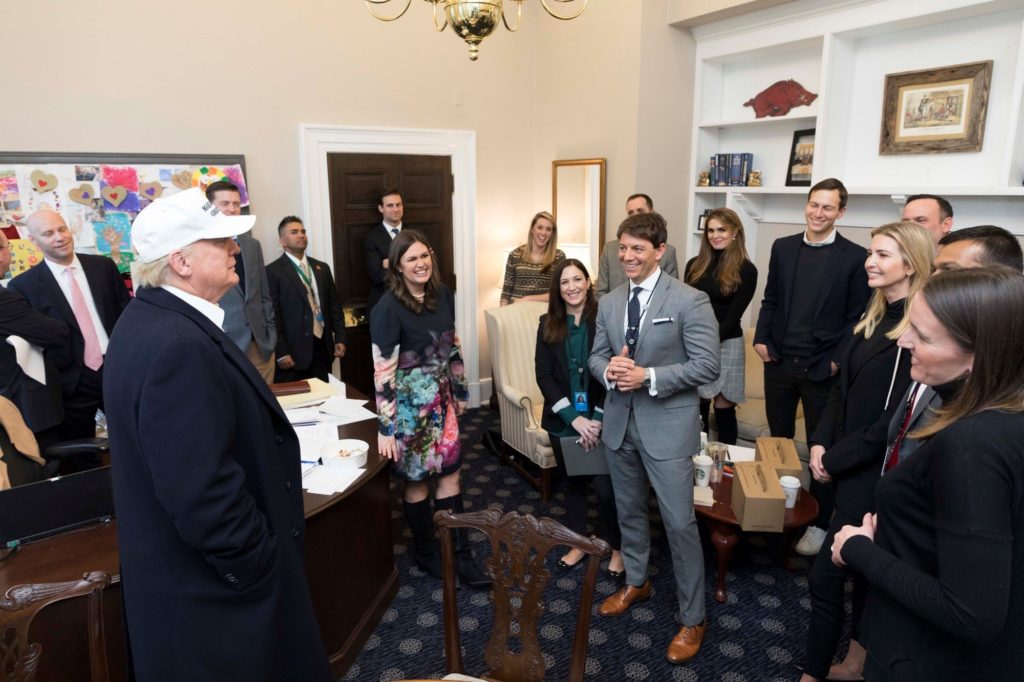 Now that most of the American public is blaming Donald Trump for the government shutdown, he’s not taking it particularly well. The New York Times says he’s been reduced to watching old video clips of himself yelling about Obama. In an attempt at combating the notion that he’s not working, Trump’s staff released photos of him supposedly on the job. Instead, the photos reveal something else: a dejected Trump wandering the White House in a trench coat and a baseball cap. No really.

Take a look at the first photo released publicly by Donald Trump’s White House staff. It shows him sitting at his desk in the Oval Office, pretending to talk on the phone: 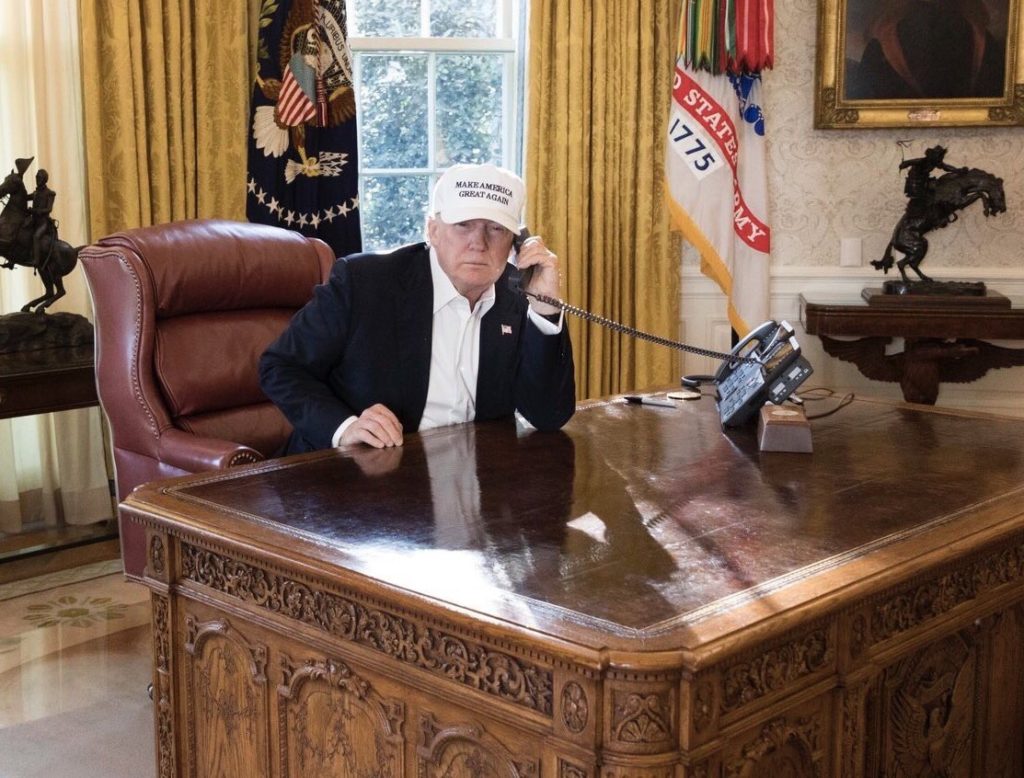 Strangely, almost nothing is even on his desk. Is this how he usually operates? Is Trump so far gone that his staff has removed everything from his desk but a phone? Is that even a real phone? Why is he wearing a partially unbuttoned shirt, a mismatched coat, and a baseball cap? It gets even worse, because another photo reveals that the coat in question is some kind of a trench coat. It also depicts Trump wandering around lifelessly, looking like a wax dummy, while his staff pretends to laugh in an attempt at cheering him up:

Donald Trump’s staffers were eager to demonstrate that he’s supposedly hard at work. But they’re so sloppily and comically inept at everything they try to do, they’ve instead given away what’s really going on behind the scenes. Trump is so dejected about his government shutdown failure, and presumably about his failed presidency in general, he’s now reduced to wandering the White House in a trench coat and a baseball cap. This is a guy who doesn’t think he’s going to be president much longer, and certainly doesn’t want to be there anyway.