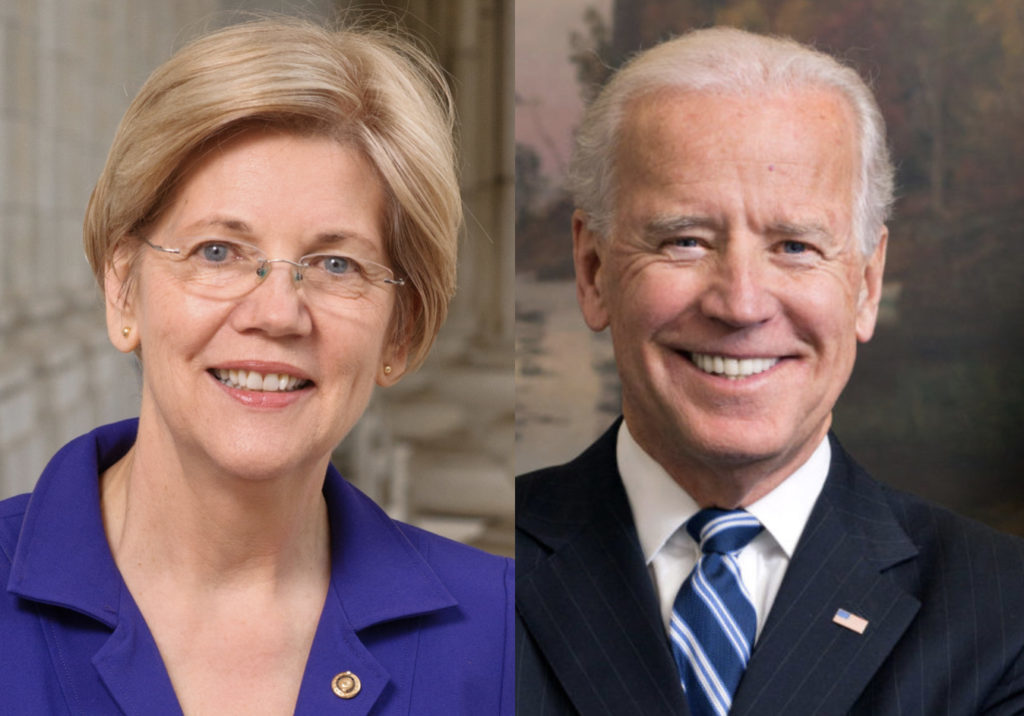 Over the weekend, 2020 frontrunners Joe Biden and Elizabeth Warren got about as impolite with each other as the Democratic primary race is going to get when they got into a war of words over the feasibility of funding Medicare-for-all. Today we’ve seen the media spend a lot of time discussing how this is impacting the polls.

I’ll save you some time: it’s not impacting the polls. Any new poll results you’re seeing today were conducted at least partially before Biden and Warren started jawing at each other, so if there is a change coming, you’re not going to see it. Check back later in the week. There is something notable here, however: the national polls in the 2020 Democratic primary race aren’t changing – at all.

The current nationwide polling averages say that Joe Biden has about an eight point lead over Elizabeth Warren, who in turn has about a four point lead over Bernie Sanders, who in turn is about ten points ahead of Pete Buttigieg. Everyone else is in the low single digits. If you go back a month, you find that the nationwide polling averages were about the same. If you go back two months, still the same.

Cable news all too frequently likes to quote outlier polls that are saying the opposite of all the other polls, because it creates the appearance of movement, which its good for ratings. If they just admit that nothing is changing, that’s boring, and people go watch football instead. Cable news is also making a big deal out of any movement it can find in state level polls, which kind of matters, but kind of doesn’t.

No one is disputing the role that Iowa and New Hampshire play as proving grounds for presidential candidates, who have to pound the pavement there and show they’re serious about connecting with voters on a personal level. But the reality is that the early contests tell us more about how each candidate fares with that state’s specific voting demographics than anything else.

In 2016, Bernie Sanders came within a few votes of winning Iowa, and he won New Hampshire handily, but once the race reached more diverse demographics, he ended up losing the primary to Hillary Clinton by four million votes. In fact it’s been several decades since the Democratic and Republican nominees both won Iowa and New Hampshire. It’s why, even as everyone else focuses on early state polls in a primary race, I keep my eye on the national polls instead. By mathematical definition, if you’re not doing well nationally, you’re not going to win enough states to win the nomination.

← There’s a grand jury that’s deep into the process of criminally indicting Donald Trump, and no one is talking about itRudy Giuliani’s henchman Lev Parnas just made his move – and Donald Trump is going to hate it →
Scroll To Top