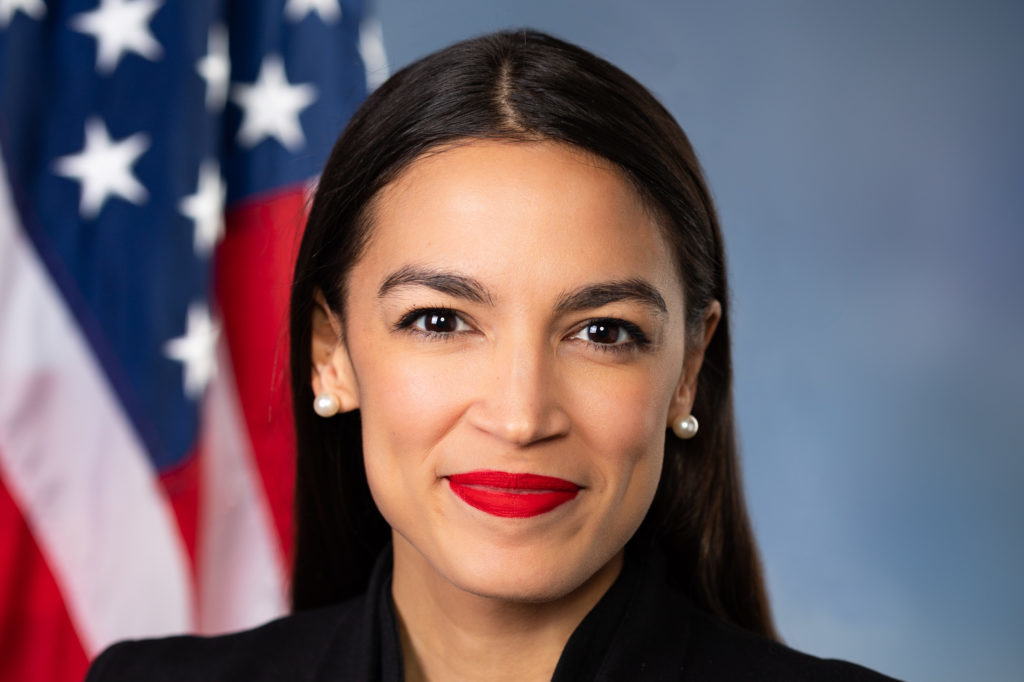 The single most threatened-with-death and reviled member of Congress is a female Latino. I begin with Alexandria Ocasio-Cortez’s most salient (for these purposes) characteristics because they aren’t merely descriptive, they are also explanatory. To remove just one is to cut the anti-AOC hate rhetoric by at least two thirds. Remove both and she’d be just another member of Congress. A very intelligent and effective one, to be sure. But nothing special otherwise. Just another smart and masterful white guy like, say, Eric Swalwell.

Don’t kid yourselves, brothers and sisters, but this is all about systemic racism and systemic sexism. AOC is even hated by members of our own side. If I don’t get at least one complaint about her from one of us in the comment field it will be the first time she was featured in one of my articles and nobody felt obliged to say something disparaging about her. It really is that bad. It’s always praise and otherwise crickets when I mention Swalwell, by the way. Nobody ever has a single bad word to say about him.

Some of us don’t notice it for the same reason fish don’t notice water. It’s just too familiar to those of us born with white skin, especially those of us who are men, who see it every day but are never victimised by it. It really came home to me one day when I read a quote from Ruth Bader Ginsburg. “When I’m sometimes asked ‘When will there be enough [women on the Supreme Court]?’ and I say ‘When there are nine,’ people are shocked. But there’d been nine men, and nobody’s ever raised a question about that.”

So when a festering turd named Gosar tweeted a doctored anime of himself stabbing AOC’s head with a sword the blowback was minimal. The outrage was there, of course, and the people who expressed shock were truly shocked. But it’s probably going nowhere. Twitter took it down at first but then, for reasons known only to drug users, put it back up again. It then took Twitter more than 24 hours to be sufficiently shamed into taking it back down for good. Kevin McCarthy isn’t going to do anything about this Gosar thing either. Gosar isn’t going to jail for it, of course.

Imagine if a co-worker had passed around a cartoon of themselves stabbing your head with a sword. Imagine it particularly if you’re Hispanic and female. How long do you suppose the cartoonist would remain employed? As a former owner of a medium-sized company I can tell you they’d be out the door faster than it would take Usain Bolt to cover 100 metres. But with Gosar? Good luck.

This pile of stinking excrement Gosar (I refuse to address him by his first name, it’s too respectful) is even hated by his own sister. She gave an interview where she described him as “sociopathic.” Jennifer Gosar appeared on Monday evening’s broadcast of The Last Word on MSNBC, where she told Lawrence O’Donnell that her brother is “getting worse” due to a lack of repercussions for his past spread of conspiracy theories about the January 6th insurrection.

Congresswoman Ocasio-Cortez had this to say about the incident:
“So while I was en route to Glasgow, a creepy member I work with who fundraises for Neo-Nazi groups shared a fantasy video of him killing me

“And he’ll face no consequences bc @GOPLeader [Kevin Mccarthy] cheers him on with excuses.

Gosar is one of those smug racists you see on the internet every day, the kind who from context it can be inferred think that “mano a mano” means literally “man to man.” This human piece of crap Gosar should go to jail and be unceremoniously dumped from Congress for his disgusting act. Neither will happen, of course. But it’s just another example of nauseating Republican profanity in action and yet another reason why Republicans are crap. And, as ever, ladies and gentlemen, brothers and sisters, comrades and friends, stay safe.

← How this really plays out for Joe Biden and Donald TrumpLooks like Mike Pence’s inner circle is selling Donald Trump out to the January 6th Committee →
Posting....
Scroll To Top