Donald Trump and his Republican apologists in Congress keep insisting that the Trump-Russia scandal is somehow over with. Nevermind that the Mueller probe uncovered a nearly limitless number of meetings and contacts between the Trump campaign and Russia, and that Trump’s obstruction of justice is the only reason Mueller couldn’t fit all the pieces together. As it turns out, the Trump-Russia scandal is still working its way through the criminal court system.

Take, for instance, the ongoing criminal case involving the Russian online propaganda farm which spent the 2016 election illegally targeting voters with fake news aimed at helping the Trump campaign. Yesterday, the U.S. government posted a court filing in the case, which lists all of the “unindicted co-conspirators that the government intends to establish as co-conspirators at trial.” That list, as first noted by Politico’s Kyle Cheney, looks like this: 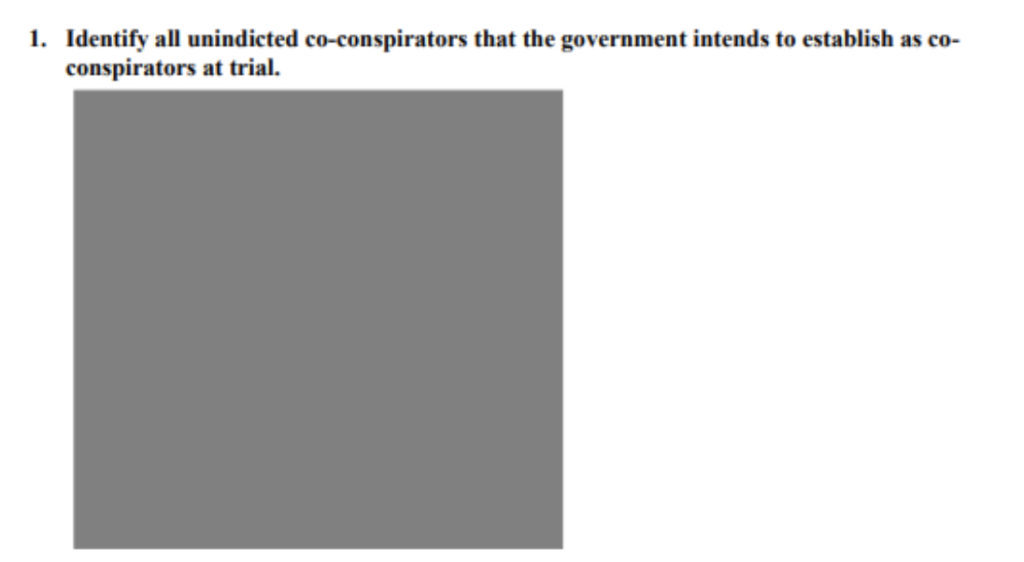 That long grey bar is because the names are still redacted. The filing set off a long debate online about not only who might be on the list, but how many names might be under that bar. Depending on the spacing, and whether there are one or two columns, we think there could be between ten and forty names. There are two things to keep in mind here.