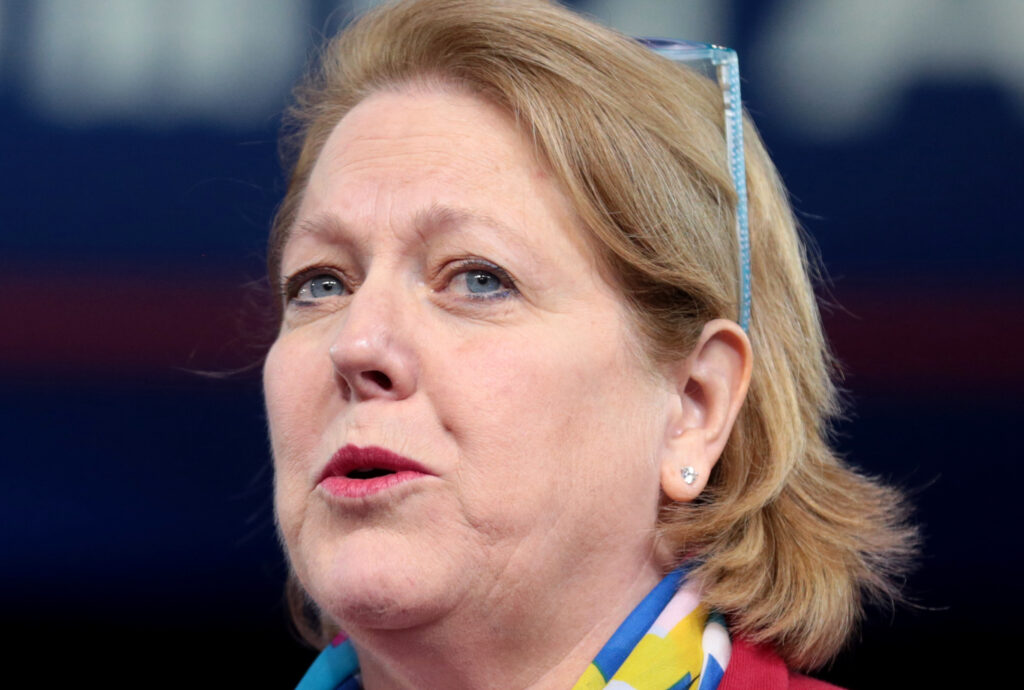 
I know in the larger scheme of things it’s a picayune peeve, but the big, smug, elitist, entitled grin on Ginni Thomas’ face on her way to testify Thursday before the January 6 Committee really pissed me off. It reminded me of mobsters from the 1970s and 1989s mugging for the cameras and insisting, “I’m a businessman!” John Gotti had a similar grin. There’s also something uniquely creepy about Ginni Thomas.

Her testimony before the Committee was, as is true with all their depositions, video recorded and could be available for the next televised hearing. Thanks to hurricane Ian the hearing scheduled for last Wednesday has been postponed, so we may get to see some of the video of the testimony of Ginni Thomas as a bonus.

Whether we see her deposition or not we already know that she lied to the committee. Her first lie was to tell the committee that the 2020 election was stolen. As is true with all MAGA liars, Thomas made this assertion without offering a single solitary shred of supporting evidence. There is none. We know this because 65 judges, some of them appointed by Donald Trump, rejected that lie in separate litigations trying to support that lie.

Her next lie was to tell the Committee that she never discusses her views about the 2020 election with her husband, SCOTUS associate justice Clarence Thomas. Apart from the absurdity of such a claim on its face, we have strong physical evidence to suggest she’s lying.

That evidence comes in the form of a tweet she wrote to Trump chief of staff Mark Meadows on November 24, 2020, which reads: “Thank you!! Needed that! This plus a conversation with my best friend just now … I will try to keep holding on. America is worth it!” It has been reported that Ginni Thomas always refers to her husband Clarence as her “best friend.” What was she discussing with Meadows? Strategies to reverse the outcome of the 2020 election, of course. Something she claims she never discusses with her husband.

She also plans retreats to Utah for former Clarence Thomas law clerks. One of those former clerks is John Eastman. Eastman was one of Donald Trump’s lawyers and one of the masterminds behind the legal strategies to reject electoral votes unfavourable to Donald Trump. He is, of course, an outspoken supporter of the Big Lie.

In January, the Supreme Court rejected Trump’s bid to block the release of some presidential records to the House select committee investigating the January 6 Capitol riot. Clarence Thomas was the lone dissenting vote. But we are expected to believe that he never discusses such things with his radicalised wife, of course.

These lies of Ginni Thomas are nothing new. On October 9, 2010, she left a voicemail message for Anita Hill, whose accusations of sexual harassment against the husband of Ginni Thomas complicated his Supreme Court nomination hearings 19 years earlier. In the voicemail Thomas said that Hill should apologize to her husband. Hill replied that she had nothing to apologize for, that her testimony was true. It was.

Ginni Thomas has a lot of informal power and she has compromised a powerful member of SCOTUS. It is clear that she participated in the effort to overthrow the sovereign government of the United States. Simply because she has no formal paid role in the federal government should not exempt her from one or more future criminal indictments.

People who actively try to overthrow the government should be tried and, if found guilty, punished accordingly. Ginni Thomas is not and should not be considered an exception. And, as ever, ladies and gentlemen, brothers and sisters, comrades and friends, stay safe.

← A history of violenceTexas Governor Greg Abbott is running scared →