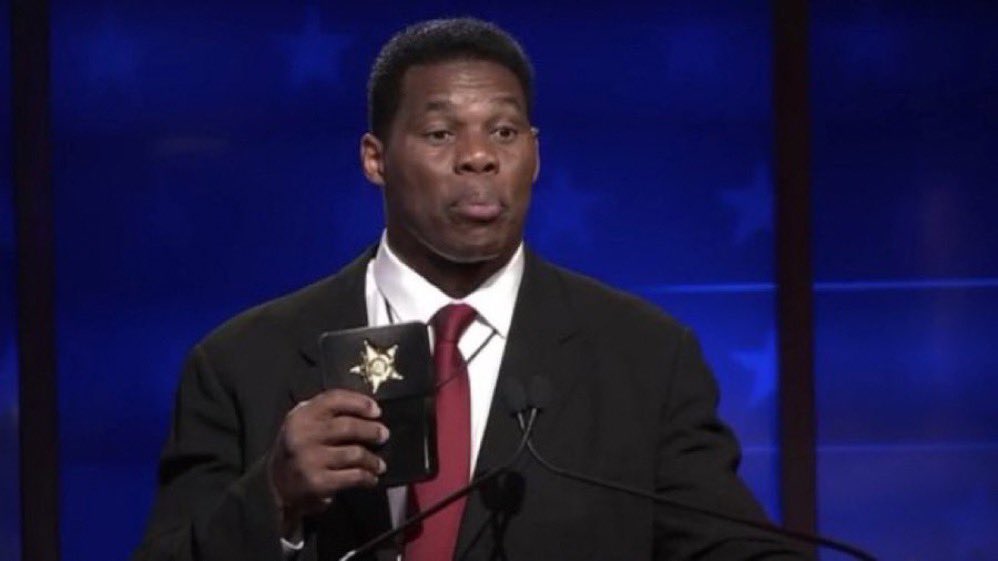 
If one were to attend a masquerade ball, one would meet many people in glittering costumes.. Masquerade balls are cloaked in mystery. You never know just who is behind the mask, just who you might be dancing with, speaking with, or laughing with.

And politics is no different from the most dazzling masquerade gala. So many of our politicians wear disguises. I sometimes think politics is one long unending masquerade. Just who are some of these people behind their masks? Is anything real?

Some are. President Biden is who he shows us he is. And we know this because we have years of observing his career and his actions. Georgia Senatorial candidate Herschel Walker is not. Real that is.

Walker’s life is one long masquerade. Let’s take a look back through recent history to see some of his liveliest disguises. Walker has been:

That’s a lot of costumes.

And now we find out Walker thinks he’s something else. In his own words, he thinks he’s a “stud farm.” I know. Sickening, is it not?

One of the women who has accused Walker of pressuring her to get an abortion came forward. She played audio of her conversations – some of them – with Walker. “This is your stud farm calling, you big sex puppy,” Walker reportedly says.

I must admit no politician I can remember in recent history has referred to himself as a stud farm. So Walker is unique in that way—Perhaps Kevin McCarthy should announce a hearing about it.

The woman also shared a photo of the two of them.

“I intended to take this to my grave,” she said tearfully.

When she saw Walker deny the claims of the first woman, she changed her mind.

“I knew he was lying based on my own experience.”

Georgians, please listen up. Do you really want to go to the polls to vote for someone who shares:

None of your values.
Nothing of a moral compass.
Is reported to have an abusive past.
Sheds his costumes and lies like water.

He thinks so little of women, and he denies knowing someone with TAPES and PICTURES of them together. So please, Georgia — please think this over. If you are even THINKING about voting for this man — listen to this woman’s story. Know who you are voting for and who you’re not. And if you vote for the walker, you won’t be voting for someone with a shred of human decency.