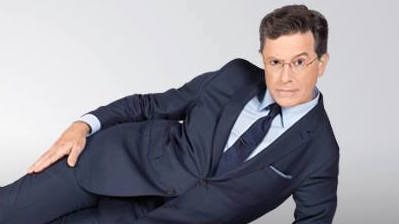 One has to hand it to Stephen Colbert. The man knows how to make people laugh. He makes this talent seem effortless. For him, it probably is. Colbert had some choice words for Republicans, most of whom chose not to observe the one-year anniversary of January 6. Instead, they — did what exactly?

Marco Rubio partook in sending dumb tweets. Kevin McCarthy was missing in action. Susan Collins was likely concerned. But the fact is almost no Republicans commemorated the day. So Colbert did it for them.

“There were some notable absences from the ceremonies today. During a moving moment of silence for the Officers who lost their lives, there were only 2 Republicans on the House floor. The other Republican legislators chose to reenact January 6 by hiding in fear.”

Sigh. That was a truth that had to be said, and Colbert said it. Colbert also had heaps of praise for President Biden’s speech which he called very powerful.

Colbert wasn’t the only one. Jimmy Fallon had some comments as well: “Biden is not messing around here,” Fallon said about the speech. “I know that vibe — that’s high school principal after a food-fight vibe.” It’s always fun when great comedy gives us the ability to laugh. Colbert and Fallon did just that.

← The true face of AmericaMark Meadows gives away just how badly he knows he’s screwed himself →
Posting....
Scroll To Top