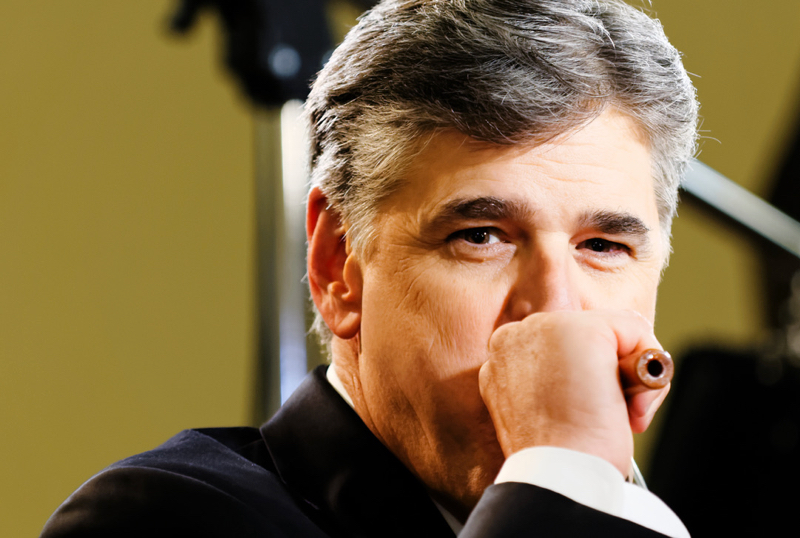 “President” Donald Trump had a taped interview with his bromance on the mainland, Sean “Insanity” Hannity. The two cannot help themselves but tell more sweet nothings to each other, aka lies.

In the interview, Sean Hannity told Trump, while discussing hush-money payments to Trump’s mistresses, “I can tell you personally, [Cohen] said to me at least a dozen times, that he made the decision on the payments and he didn’t tell you.” Hannity, meet House Committees. This injection into the Cohen testimony and your statements will now put you in the chair before various committees, where you will have to testify under oath. And when there, you must remember your party’s brilliant slogan, “Promises Made, Promises Kept.” You will be asked if you intend to tell the truth, the whole truth, and nothing but the truth, and you will promise to do so. Make sure to keep those promises.

Also, you might want to retain some smart counsel. As you will recall, you fought tooth and nail last April to quash any mention of the fact that you were the third of three Michael Cohen legal clients. Maybe some have forgotten, but I am guessing the freshmen class of House Democrats populating various committees, as well as Chairs Nadler, Waters, and Schiff, have not. You can expect to be asked what that was about. You do have attorney-client privilege on that, but it may not help you.

Trump did himself no favors during the interview, claiming that Cohen made the payments of his own accord. Funny thing, though, crime exceptions to attorney-client privilege and payments of hush money might not fit into the definition of providing legal advice. Fixers and bribers are not traditionally subject to attorney-client privilege. Trump had this to say about the payments, before Hannity gave his statements: “[Cohen] did and he made the decision. Remember this, he’s an attorney – whatever decision he makes, you’re supposed to rely on your attorney to make a decision. … It’s also called reliance.”

Donald Trump’s quote also leaves a question: who told Michael Cohen that payments were necessary in the first place? Oh, and perhaps tread carefully and get some good legal help as well: how do you explain a personal check for $35,000 made payable to Cohen while you were president?