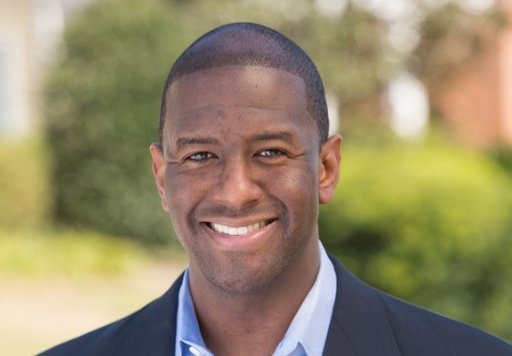 Tallahassee Mayor Andrew Gillum wasn’t even expected to win the Democratic nomination for Governor of Florida. But now that he has, he’s quickly found himself a few points ahead of his Republican challenger Ron DeSantis in every major poll. This is bad news for DeSantis, whose only claims to fame are having landed the endorsement of the toxically unpopular Donald Trump, and having used the racist code word “monkey” while describing Gillum. Now DeSantis is hitting the panic button.

Ron DeSantis announced today that he’s immediately resigning his seat in the U.S. House of Representatives, saying he wants to focus on the race for Governor instead. That’s fine, except it’s not standard practice in these situations. For instance, in the 2008 presidential election, neither Barack Obama nor John McCain resigned from the Senate. So why is DeSantis resigning?

It’s entirely possible that DeSantis is running from a scandal in Washington that we don’t yet know about, which he fears is going to get dredged up by the increasing attention on his career. However there is no specific indication of this. Instead we’re more inclined to agree with Lawrence O’Donnell of MSNBC, who summed it up this way: “This is always a sign of a campaign in trouble. Think of Bob Dole resigning from Senate to run full time against Bill Clinton.” In other words, DeSantis is panicking because he’s losing.

This feels like a captain realizing his ship is in danger of sinking, and beginning to throw things overboard in the hope of saving the ship. FiveThirtyEight reveals that Andrew Gillum is ahead of Ron DeSantis by an average of three points in major polls, a small but significant lead, considering that Gillum had so little name recognition as recently as two weeks ago. The Washington Post says that Gillum has out-fundraised DeSantis by an eight-to-one margin. No wonder DeSantis is hitting the panic button.