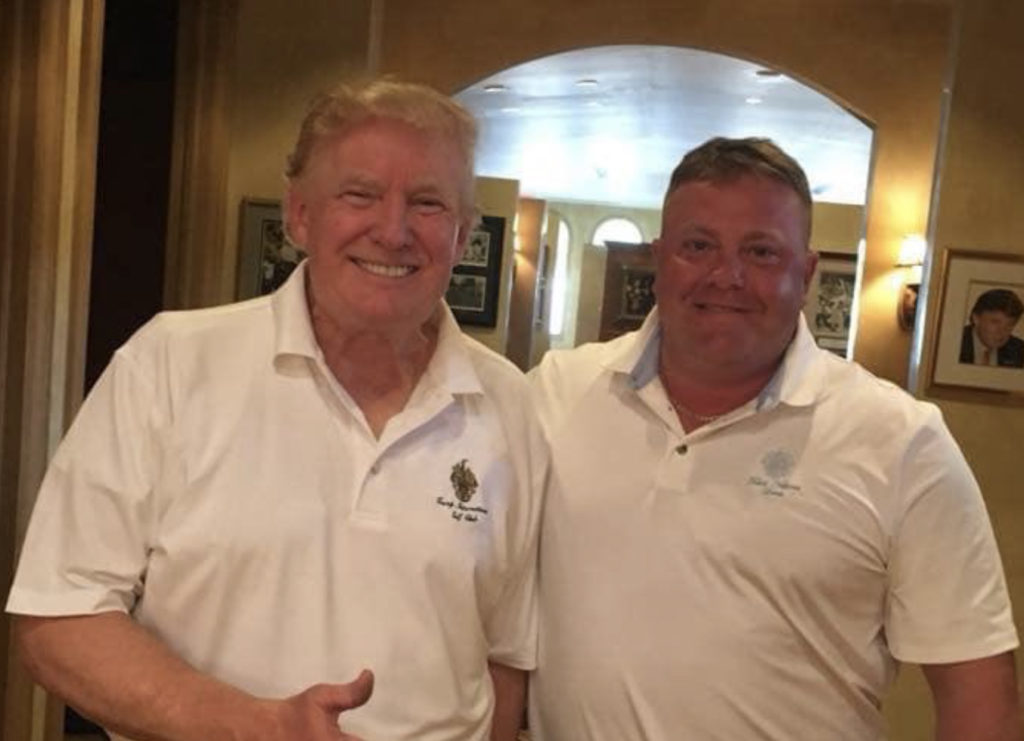 Earlier this week, text messages provided by Lev Parnas appeared to show that a Trump associate named Robert F. Hyde was surveilling U.S. Ambassador Marie Yovanovitch in Ukraine, and offering to hire local goons to target her for unknown purposes. Hyde has since acknowledged on Twitter that he did send the messages, but that he was just joking around. Yesterday Hyde asserted that he had simply relayed the messages from another guy named Anthony De Caluwe, whom he accused of being an Adam Schiff plant.

The media has since tracked down Anthony De Caluwe’s social media presence, and various Facebook photos confirm that De Caluwe has associated with Robert Hyde and with Donald Trump. Now De Caluwe is firing back in the media, making clear that he has no association with Schiff. De Caluwe is telling Kenneth Vogel of the New York Times that he did in fact send the messages to Hyde, but that it was mere “ridiculous banter” that wasn’t meant in a serious way.

De Caluwe is also asserting that he “completely made up the info about Yovanovitch’s whereabouts” and that he doesn’t have the kinds of contacts that could have provided intel or surveillance on the Ambassador. Despite the assertions by De Caluwe and Hyde that this was not a serious conversation, it’s clear that the FBI is taking this matter seriously. CNN is reporting that the FBI visited Hyde’s home and office this week. Hyde has since claimed in a Twitter video that he was in Toronto when the FBI sought to visit him, and that he hasn’t spoken with the FBI.

It’s difficult to predict where this might go next. But the reality is that three close associates of the President of the United States were discussing the specifics of surveilling and possibly harming a U.S. Ambassador, at the same time the President said on the phone that the Ambassador in question was going to “go through some things.” This story keeps getting uglier by the day, and it doesn’t seem like it’s going away.

← Donald Trump’s obsession with revenge against Michelle Obama spirals out of controlDonald Trump is in even worse shape than we thought →
Posting....
Scroll To Top