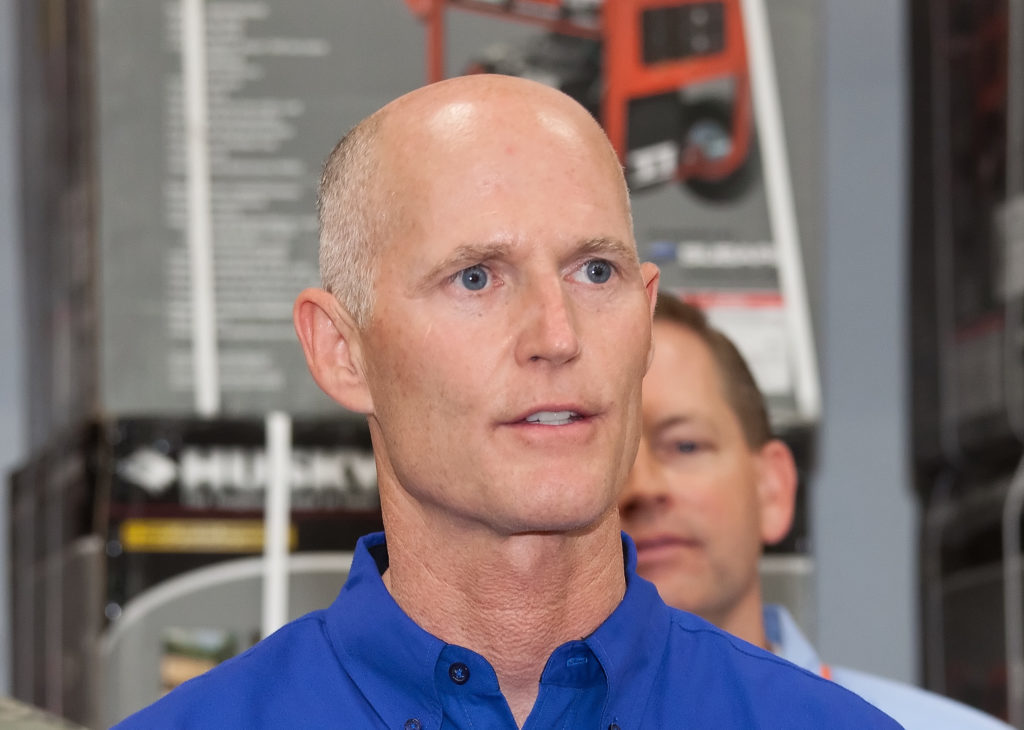 Donald Trump spent all day Saturday trying to use his racist tirade about Elijah Cummings and Baltimore to distract from the fact that the House Judiciary Committee has opened an impeachment inquiry. The trouble: Trump took his racist ranting so far over the top, even by his horrid standards, he ended up needing someone to clean up his mess.

For reasons known only to Donald Trump, and perhaps because no one else was willing to do it, Rick Scott went on television on Sunday to try to defend Trump’s antics. Rick Scott’s history includes using his position as CEO of a hospital to steal from Medicare, using his time as Governor of Florida to steal from the pensions of teachers and police officers, and using his position as Donald Trump’s ally to steal a U.S. Senate seat in an election that was clearly rigged by pro-Trump hackers. In other words, Scott is precisely the kind of piece of shit who would go on television and defend Donald Trump’s racism.

Sure enough, Rick Scott – who looks like Voldemort on crack – appeared on NBC’s Meet The Press. Scott was apparently attempting to take advantage of Todd’s legendary eagerness to give softball questions to the most corrupt and inept of Republicans, in the hope of making the Republicans and Democrats look equal to each other. But even that couldn’t save Rick Scott. When Todd asked him about the tweets, Scott said “I, uh, I, look, I, uh look, I didn’t do the tweets.” That’s a glowing defense if ever there was one.

But don’t worry, because Rick Scott turned right around and blessed Donald Trump’s racism by dishonestly attacking Elijah Cummings for the same things that Donald Trump had dishonestly attacked Elijah Cummings over. The whole thing was the kind of train wreck that Scott has been known for his entire career – yet the dumbest of most gullible conservative suckers and idiots keep voting for the bag of piss anyway.

← Donald Trump’s thirty-six hour meltdown tells you everything you need to knowMike Pence’s scandals spiral out of control →
Posting....
Scroll To Top