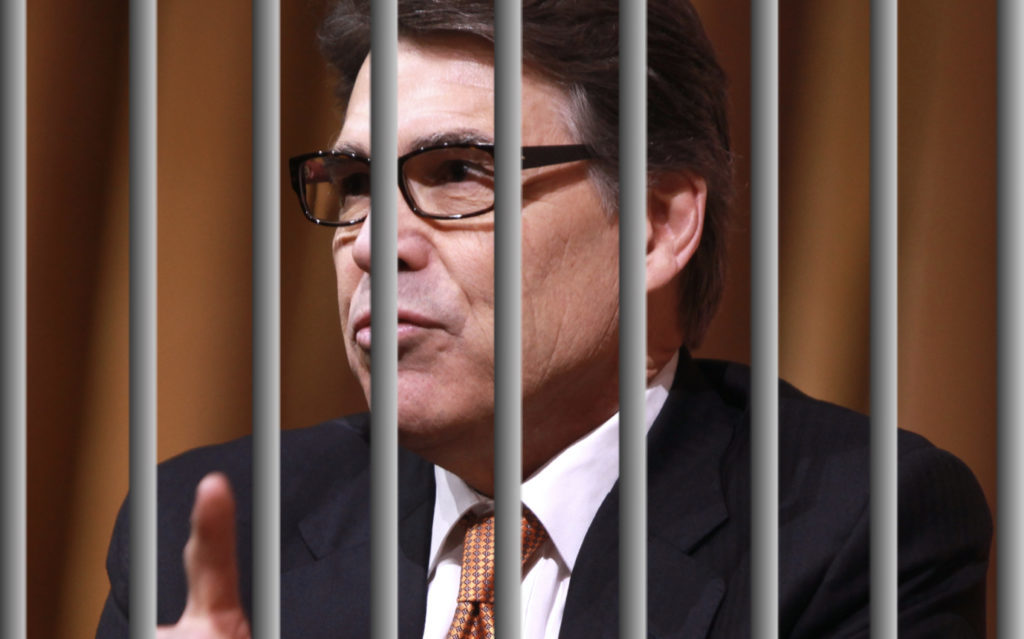 Rick Perry, who got wildly in over his head in Donald Trump’s Ukraine extortion scandal, and who is now very likely to be indicted and arrested once Trump has been finished off, is doing what any conservative evangelical fraud would do in his situation: he’s going completely off the deep end.

Rick Perry is the kind of laugh-out-loud phony who almost surely would have been a televangelist if Republican politics hadn’t worked out for him. So now that politics finally isn’t working out for him, and he’s in danger of going to prison for his antics, he’s pandering to his faux-Christian roots.

This is the kind of “noun-verb-God” gibberish that blasphemous phonies like Rick Perry babble about, while actual Christians roll their eyes. It’s notable that Perry is falling back on this crap at a time when he’s backed into a corner in a scandal that’s far bigger than he is.