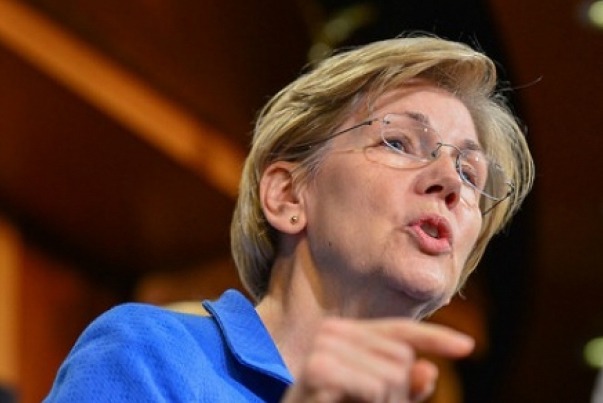 I love Elizabeth Warren, partly because she’s smarter than I am, and she knows how to get thing done. She’s also frustrating to cover at times. Because she’s smarter than I am, I can’t always quite decipher her strategy. Sure, it was easy to predict that she would go after Mike Bloomberg in his first debate, as his attempts at buying democracy are precisely what Warren always rightly rails against. It wasn’t surprising to see Warren get the best of him, because again, she’s smart.

What stood out is that even though Bernie Sanders had a few scandals of his own by that time, including his refusal to release his medical records, Elizabeth Warren refused to lay a glove on him. Okay, sure, they’re friends, and they share a common far-left ideology (even though she’s a master at it, and he simplistically spells it out in crayon). But then came the second debate, and by that time Bernie was outright playing the villain. He was posting Trump-like tweets, threatening the Democratic Party. He was doubling down on his pro-Castro nonsense. Sanders was a guy who needed to be taken down, in the same way that Bloomberg needed to be taken down, albeit for rather different reasons.

Warren had her chance. But apart from generically saying that she thought she’d make a better president than Sanders because her plans are better, she wasn’t willing to lay a glove on him. She kept pummeling Bloomberg for his scandals in the way he deserved, but she refused to go after Sanders in the way he deserved. It didn’t just stand out to me; I saw numerous people on social media pointing out that disparity in Warren’s attacks. It was just that glaring. So what’s she doing?

If Warren weren’t any good at this, I’d just presume she’s making a mistake. After all, she can’t win unless she can truly convince Sanders’ supporters to switch from him to her, can she? But then I keep reminding myself that she’s smarter than I am, and that she’s probably not just bungling this. So how does she benefit here? Some have floated the theory that she’s trying to be Bernie’s running mate. But I don’t buy it. She knows how to do math better than anyone, and she can see that Sanders doesn’t have a clear path to the nomination. He’s on track to win thirty-something percent of the delegate vote, when a candidate needs fifty percent to win the nomination outright. She’s too smart to be putting so many of her chips down on something that’s unlikely to happen.

Then I saw Warren do her town hall on CNN last night. An audience member tried to make the case that Bernie Sanders should be given the nomination if he has the largest number of delegates, even if he’s nowhere near having a majority. Warren expertly explained that every candidate agreed to the rules ahead of time, and it wouldn’t be fair for Sanders to try to belatedly force a rules change that happens to benefit him. It’s clear that Warren has no intention of throwing her support behind Sanders if he finishes below 50%. Perhaps she’s realized that this is likely headed to a brokered convention, and she sees herself potentially coming out of it with the nomination.

So how does this square up with Elizabeth Warren’s ongoing refusal to attack Bernie Sanders on the debate stage? If she is going to go into the convention and try to convince the delegates to realign behind her once they’ve been released, she’ll need two thing to happen. First, it’ll need to become clear that there’s no way the majority of delegates are going to be willing to line up behind Sanders. At the rate he’s trying to burn down the party, this should take care of itself. Then once Sanders is out of the running, she’s the only progressive left, and she urges his delegates to line up behind her. They’ll be more likely to do that if she hasn’t alienated them by calling out Sanders for his worsening scandals on the debate stage.

There’s also the reality that if you look at the polling trends, nearly every supporter that Mike Bloomberg has gained has come at the expense of Joe Biden. Each time Warren punches Bloomberg and pushes his support downward, she’s in effect pushing those votes from Bloomberg back to Biden. Warren is a progressive, but she’s also a pragmatist. She’d certainly rather have Biden as president than Bloomberg. If the brokered convention doesn’t go Warren’s way, her attacks on Bloomberg are helping ensure that the brokered nomination is more likely to go to Biden than to Bloomberg.

This is all rather complex, but Elizabeth Warren is a sophisticated thinker. When a simpleton like Sanders does something, you can presume there’s a simple reason for it. When a genius like Warren does something, you need some calculus to try to decipher it. Warren may or may not be able to nab the nomination. But she does seem to be steering the race in her direction, in multiple key ways. It’s worth watching how her strategy evolves from here, because she doesn’t appear to be taking a straight line to get wherever she’s going.