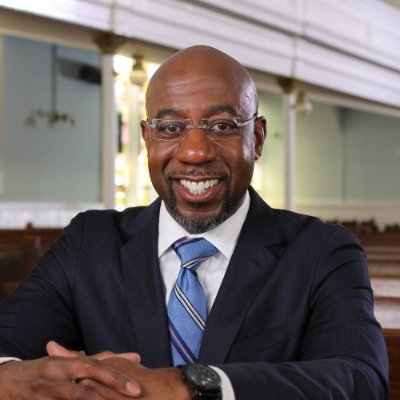 Georgia’s other senator, Raphael Warnock, began his campaign as a highly visible minister and civil rights leader in Georgia. As pastor of the historic Ebenezer Baptist Church in Atlanta, Warnock used his pulpit to educate. Because Senator Warnock is Black, we expect him to display diversity among his staff, and he did just that. Like his fellow Georgian Senator Jon Ossoff, Warnock wanted the best and brightest with experience. He chose Josh Delaney as his legislative director, who is Black and was Senator Elizabeth Warren’s deputy legislative director, and Mark Libell as his chief of staff, who is White and worked with former Senator Doug Jones (AL). Warnock’s remaining aides include Lawrence Bell, deputy chief of staff and senior advisor; Meredith Lilly, state director; and Michael Bower, communications director (Savannah Business Journal). Warnock surrounded himself with people who have Congressional experience who would in turn benefit to him as he navigates his way through the senate.

Amazingly, Senator Warnock is one of three Black Senators (out of 100) and is only the eleventh in history. These numbers alone tell us just how much work we still have ahead to realize equity, and equity is what Warnock is all about. His proposed bill to aid farmers of color was incorporated into President Biden’s American Rescue Plan. Warnock grew up in rural Georgia and knew the plight of these farmers all too well, and he was the perfect person to address these needs. In fact, Senator Warnock is concerned about the needs of all Georgians, especially those of color.

In March, Senator Warnock made his first speech on the House floor. He began by speaking about the murders of eight people in Atlanta, six of whom were of Asian descent. He condemned the hate that is happening in the world today and spoke of his life growing up in Georgia. He talked about the two senators who represented Georgia when he was born, both staunch segregationists. He quoted Senator Talmadge’s father, Eugene, who was governor of Georgia: “The south loves the Negro, in his place. But his place is at the back door.” This is the Georgia in which he was raised. Yet, his parents taught him to see far beyond that southern creed, as did many Black parents, and look at him now. We need his wisdom, his honesty, and his genuine concern in Washington. Lately, he has been the brunt of criticism because of his Easter tweet, which some failed to understand. That made it a “bad” thing, but there is nothing “bad” in this man. It is imperative that we come out in 2022 as we did in 2020 to keep him in Washington. He has much yet to share.

Senator Warnock received a standing ovation after his first speech. You best believe he meant every word of it. The more that our senators can reflect who we are as people—who we hope and dream to be—the better off will be our country. We must keep Senator Warnock in Washington, and if we are wise, we will surround him with many others who think like he does.