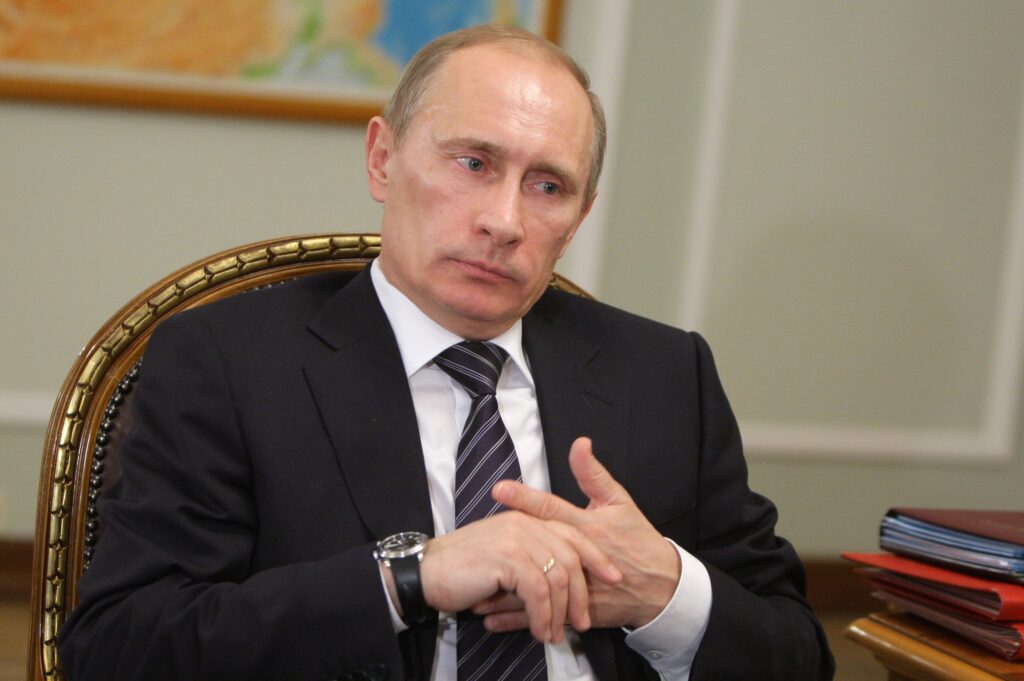 The tradition of keeping non-combatants and civilian property largely out of harm’s way in war is an ancient one, stemming from a time when armies fought in pitched battles staged in open countryside. From the time of the Romans, the Carthaginians, the Greeks, the Persians to World War I and trench warfare, comes the long held tradition that battles are to be conducted with a kind of rough chivalry, and civilians, particularly women, children and the elderly, were kept out of it.

There were exceptions, of course. The Vikings come immediately to mind. History takes a dim view of those exceptions. But history doesn’t always do very much to punish those exceptions. In World War II, for instance, it was largely the Germans who were tried for their brutal war crimes. Stalin’s murdering and raping army went unpunished. There’s something to be said for being on the winning side.

It’s well-established that Josef Stalin is Vladimir Putin’s hero, so it’s hardly surprising that Putin’s army is conducting itself in Ukraine much the way Stalin’s army did in Berlin. Shocking reports of rape, torture and murder of Ukrainian women, children and civilians are emerging from the battlefield. Volodymyr Zelenskyy accused the Russians of these gruesome atrocities and told the U.N. Security Council on Tuesday that those responsible should immediately be brought up on war crimes as a result.

It’s unknown whether or not Stalin ordered his troops to behave like monsters, but it was understood that there would be no consequences for it. That is almost certainly the case with Putin’s army. The monsters among them will use their freedom to do the unspeakable to civilians, undercover of the Russian diplomatic mission to the United Nations who gaslight the world by calling the atrocities fake news and refer to the victims as “actors.”

Putin isn’t just allowing this to happen, I think he relishes it. Apart from the fact that with Vladimir Putin cruelty is sometimes the only point, in this case the imitation of his brutal hero Stalin is also part of it. Like Stalin, Putin is a little man, unprepossessing and uncharismatic. Also like Stalin, Putin uses terror to increase his stature and strike fear in the hearts of any who would dare to oppose him. It’s an unforced error that Putin cannot resist, and it may very well lead to his downfall.

Long before the Ukrainian incursion I thought of Vladimir Putin as a monster and have said as much many times in the pages of Palmer Report. But never until now have I understood just how utterly evil Putin is. His wickedness in Ukraine is more than just disgusting and horrifying, it also means Putin’s time on the world stage is now at an end. Any hope he might have had of restoring the G7 to the G8 is now gone for all time. No world leaders will ever again be willing to do business with a man who has now become a war criminal.

It’s no accident that Putin refers to Ukrainians as “Nazis.” This is more than just an instance of reaching for the worst denigration he can think of. It’s a historical reference. Putin wants to be seen as fighting the Nazis just as his hero Stalin fought actual Nazis.

Putin might have conducted himself in Ukraine with less brutality and settled for a negotiated peace, not unlike what happened with his taking of Crimea. Even Hitler managed to do much of his conquering before inviting unredeemable condemnation from the rest of the world. Putin has finally gone too far, he has destroyed his own power with his sadistic lust for cruelty and he has no one to blame for it but himself. And, as ever, ladies and gentlemen, brothers and sisters, comrades and friends, stay safe.