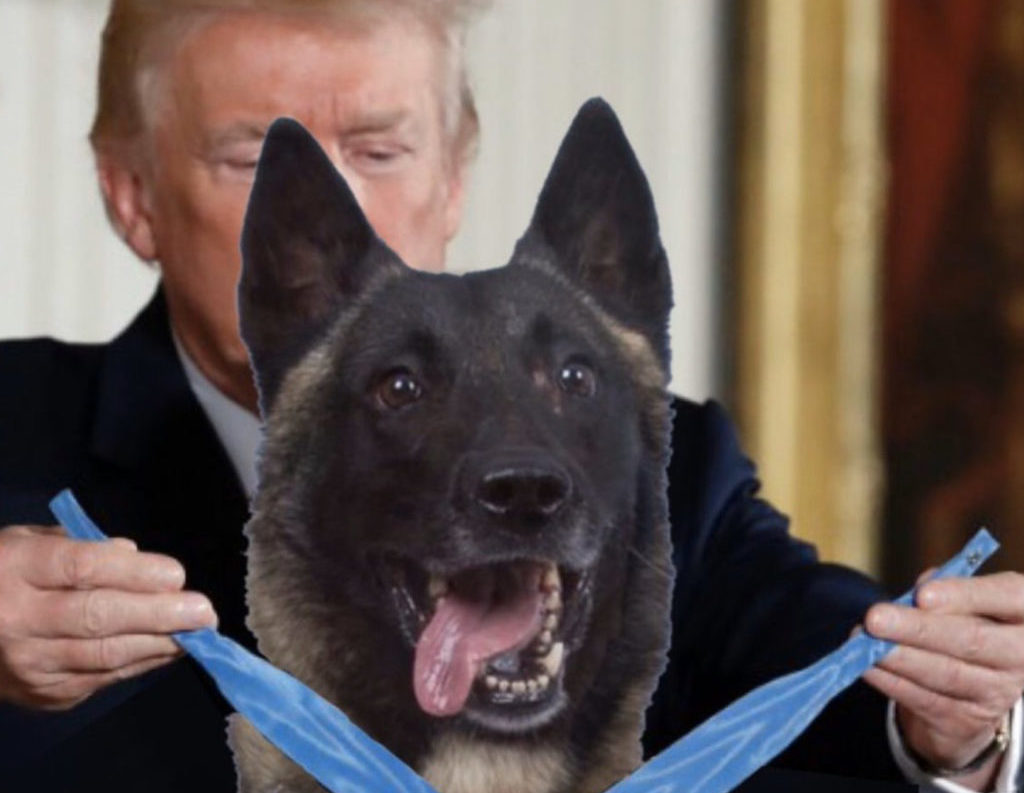 This afternoon Donald Trump tweeted a photo of himself putting a medal around the neck of the dog who was injured in the Baghdadi raid. Trump added that the dog is an “AMERICAN HERO!” In this instance we agree with Trump a hundred percent. The trouble is, the image is a Photoshop job – and a rather blatant one at that. In fact Trump’s own prior tweet about the dog gives away that the image he posted today isn’t real.

Trump tweeted this photo this afternoon of himself with the dog: 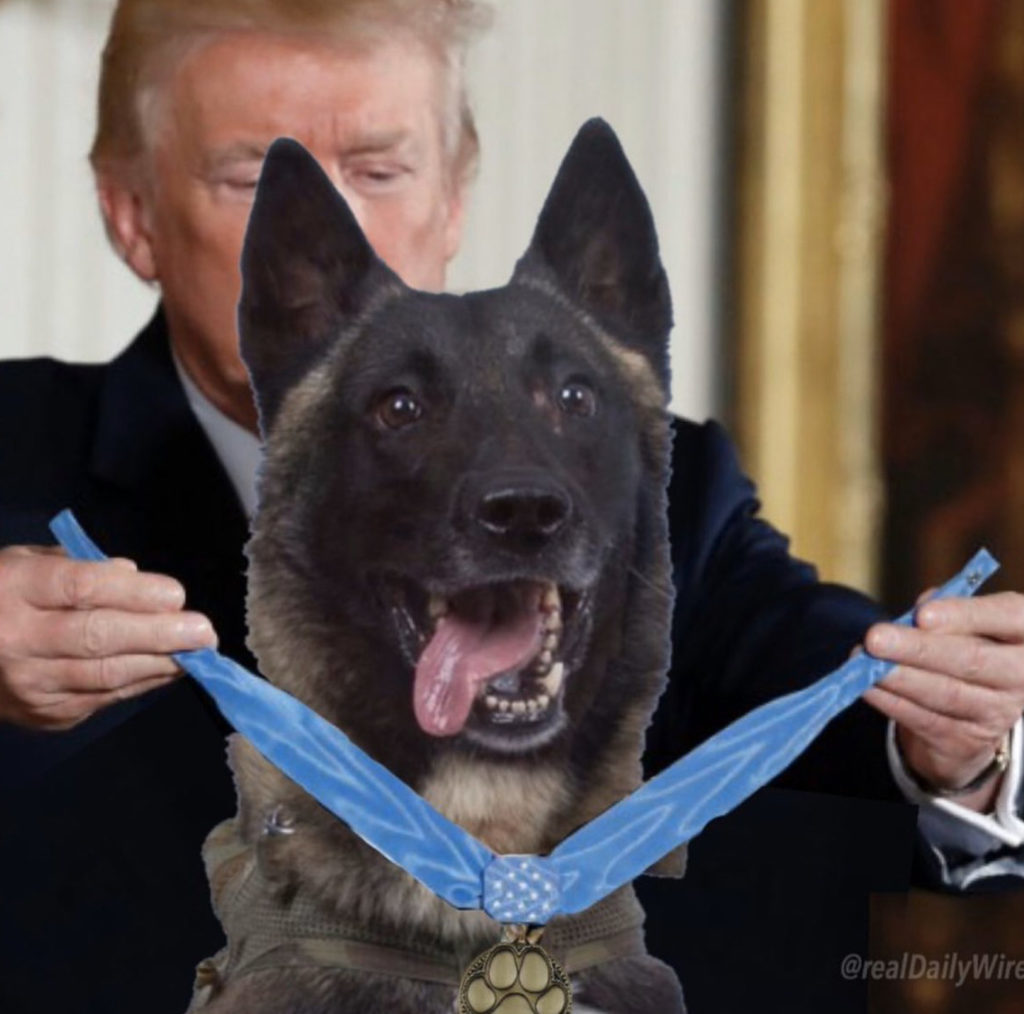 On Monday, Trump tweeted this photo of the dog: 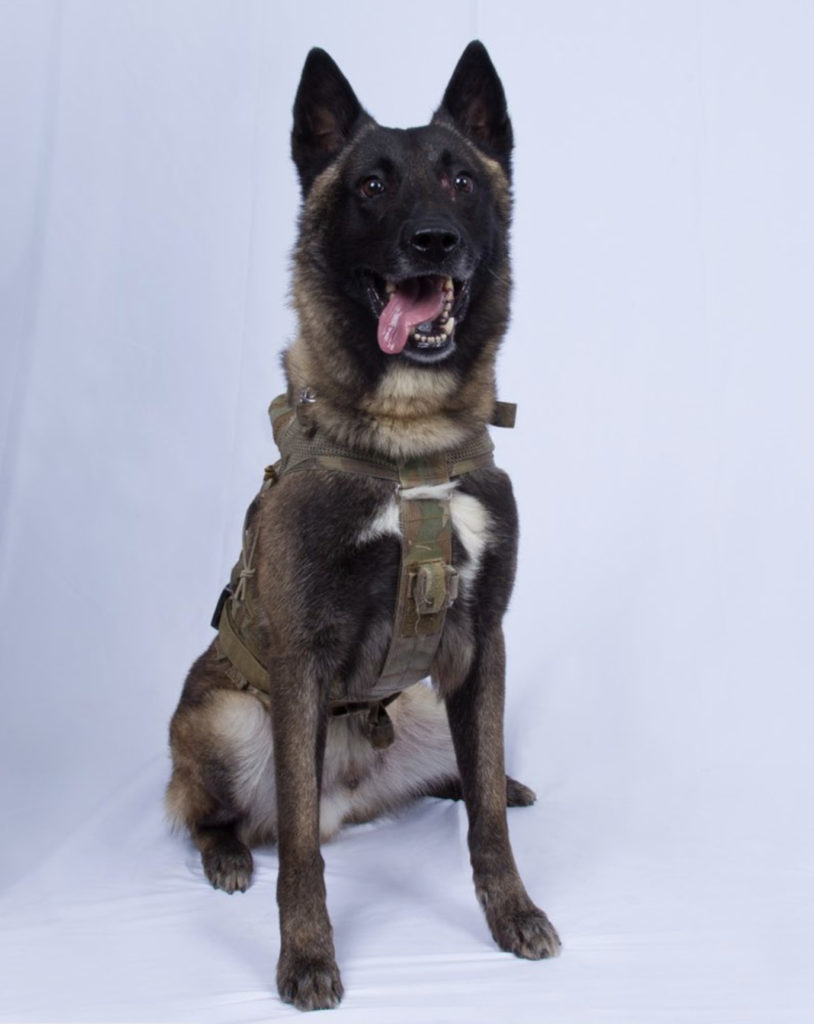 The dog’s expression and pose haven’t changed by even a millimeter. The original photo of the dog was clearly photoshopped into today’s image of Donald Trump giving the dog a medal – which means the medal ceremony didn’t happen. If you need more proof, the photo of Trump and the dog says “RealDailyWire” in the bottom right corner. That’s the name of a far-right publication giving itself credit for having photoshopped the image.

In fairness to Donald Trump, perhaps he’s not trying to trick us. Maybe he just thought the photoshopped image of him with the dog was a nice one, and he decided to tweet it. But even if we give him that benefit of the doubt, it would still mean that it never occurred to Trump and his social media handlers that the public would think it was real, and would then be upset when they found out it was photoshopped. In any case, Trump’s behavior keeps getting stranger. The dog’s a hero, though.