Earlier today, Donald Trump hurled so many deranged insults at Speaker of the House Nancy Pelosi during their Syria meeting, she and the Democratic leadership ended up walking out. Pelosi then held a press conference and revealed details of Trump’s “meltdown.” Trump then tried to get the best of her on Twitter, but as always, Pelosi got the last laugh.

Donald Trump tweeted that Nancy Pelosi had an “unhinged meltdown” during their meeting – and as supposed proof, he included a photo of Pelosi standing and angrily pointing at a visibly befuddled Trump. Apparently Trump thought this photo would somehow help his case, when all it did was make him look small and weak and easily pushed around: 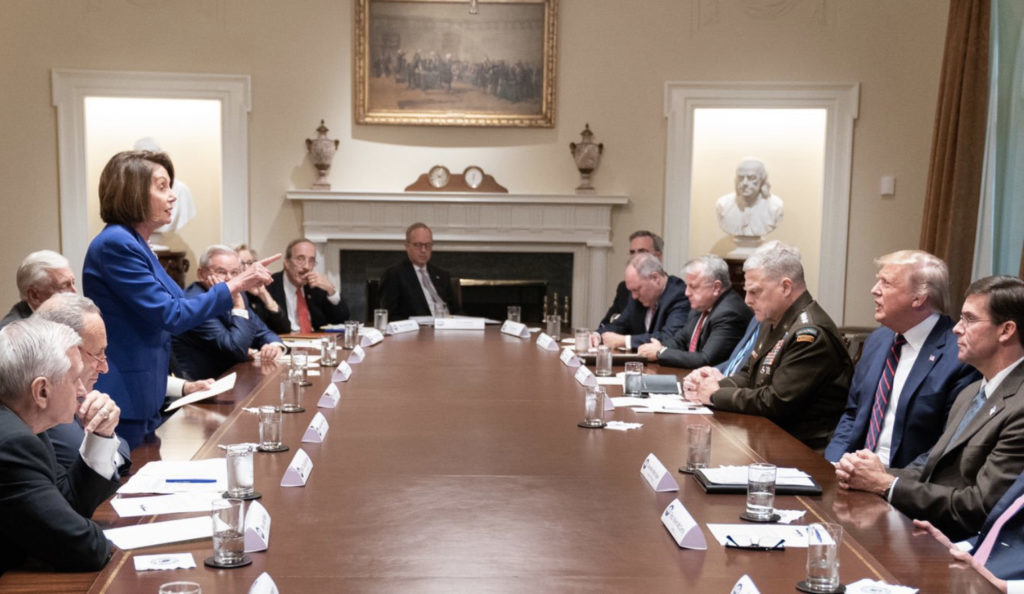 Donald Trump unwittingly trolled himself by tweeting this photo, which up to that point hadn’t been publicly seen. But then Nancy Pelosi went for the proverbial kill by taking the photo and making it the cover image on her official Twitter account.

← Get ready for the Rudy Giuliani shit show of the century25th Amendment. Bring it on. →
Leave a Comment