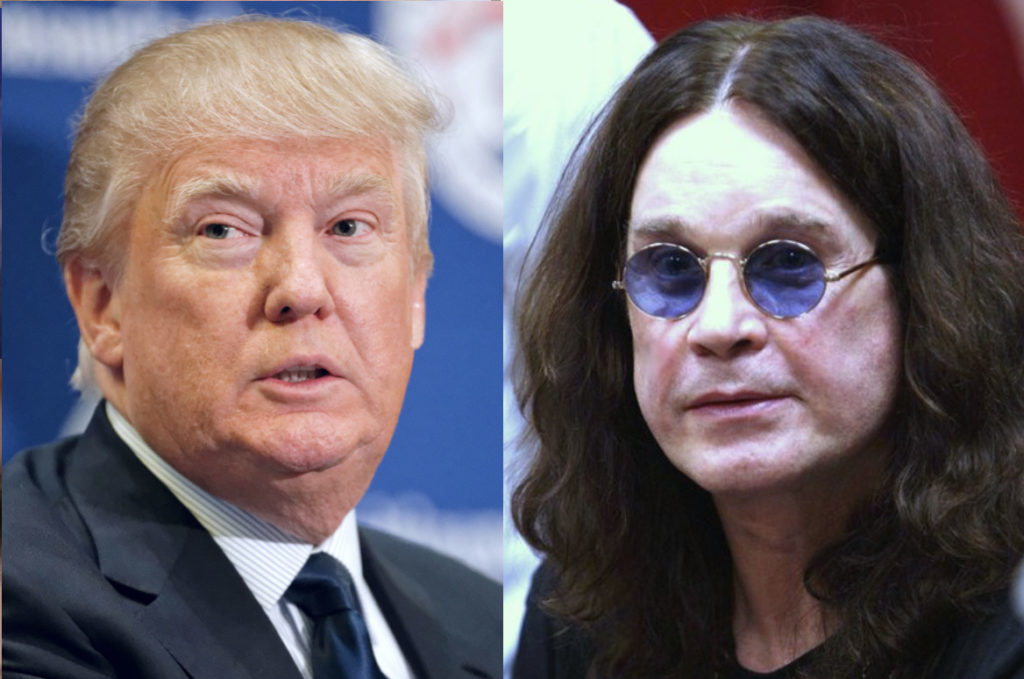 Yesterday morning, Donald Trump posted one of his most delusional tweets yet, a video which depicted him crashing the Democratic debate to the tune of Ozzy Osbourne’s Crazy Train. It’s not clear why Trump thought it was a good idea to attach himself to the lyrics “going off the rails on a crazy train,” but suffice it to say that Ozzy is less than pleased about it.

Ozzy Osbourne’s camp released this statement in response to the video: Based on this morning’s unauthorized use of Ozzy Osbourne’s “Crazy Train,” we are sending notice to the Trump campaign (or any other campaigns) that they are forbidden from using any of Ozzy Osbourne’s music in political ads or in any political campaigns. Ozzy’s music cannot be used for any means without approvals.” But this was far more than just a copyright complaint.

The statement from Ozzy continued: “In the meantime, I have a suggestion for Mr. Trump–perhaps he should reach out to some of his musician friends. Maybe Kayne West (“Gold Digger”), Kid Rock (“I Am the Bullgod”) or Ted Nugent (“Stranglehold”) will allow use of their music.” These song titles are all not-so-subtle digs at Donald Trump.