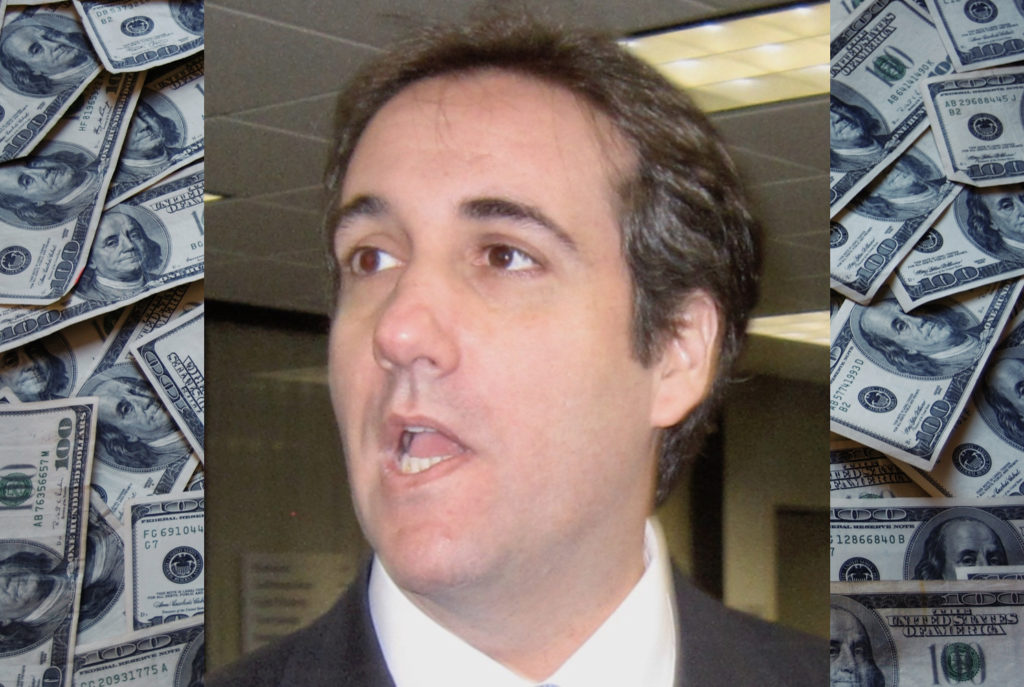 Donald Trump must rue the day he met Stormy Daniels at a party in Tahoe, Nevada. A dozen years later the fallout from that encounter is still reverberating. It has unleashed her lawyer, the ubiquitous and relentless Michael Avenatti, who is a thorn in the side of Trump. Avenatti’s blockbuster revelation about Trump fixer Michael Cohen setting up Essential Consultants LLC, which received funding from Russian oligarch Viktor Vekselberg, AT&T, Novartis, and Korea Aerospace Industries is indicative of a man who is forcing people to pay for his proximity to power.

But does anyone believe that Cohen is the sole morally and ethically challenged person in Trump’s orbit to engage in pay-to-play politics?

The potential candidates for suspicious activity are vast, but near the top of the list must be former Trump campaign manager Corey Lewandowski. After being fired from the campaign on June 10, 2016, Lewandowski has had two separate roles. He has defended Trump as a political commentator for news outlets like CNN, and he has engaged in political consulting. In December 2016 Lewandowski joined with another Trump campaign alumnus (Barry Bennett) to set up Avenue Strategies, which quickly became a powerhouse firm.

While everyone else on the team registered as a lobbyist, Lewandowski did not. This occurred even as Politico was reporting that “he has pledged that he would personally call Trump or his Cabinet members if necessary on behalf of prospective Avenue Strategies clients…Lewandowski continues to have relatively unimpeded access to Trump, according to three senior administration officials. They said Lewandowski has the ability to get the president on the phone without going through gate-keepers and to visit the West Wing.”

Lewandowski left Avenue Strategies in May 2017 and formed Lewandowski Strategic Advisers, which did not register as a lobbyist, disclose its client list, or even have a website. Despite downplaying it, Lewandowski has even murkier connections to Turnberry Solutions, another firm that has a global client list of powerful state and corporate interests. In an attempt to stem electoral losses in the upcoming mid-term elections Trump has invited Lewandowski back into his inner-circle, which can only help his business interests.

If you are confused by his whirlwind tour through the world of political consulting, that is probably by design. Lewandowski is cashing in, the questions are whether everything is above board or not. In addition, he could fall into the trap that got Paul Manafort into trouble with his past international lobbying efforts in places like Ukraine. One of the charges Special Counsel Robert Mueller brought against Manafort was for not abiding by the Foreign Agents Registration Act. Who knows if Lewandowski has run afoul of any laws, but if Cohen’s effort peaked Mueller’s curiosity about others cashing in on their connections to Trump, an obvious target would be Lewandowski.