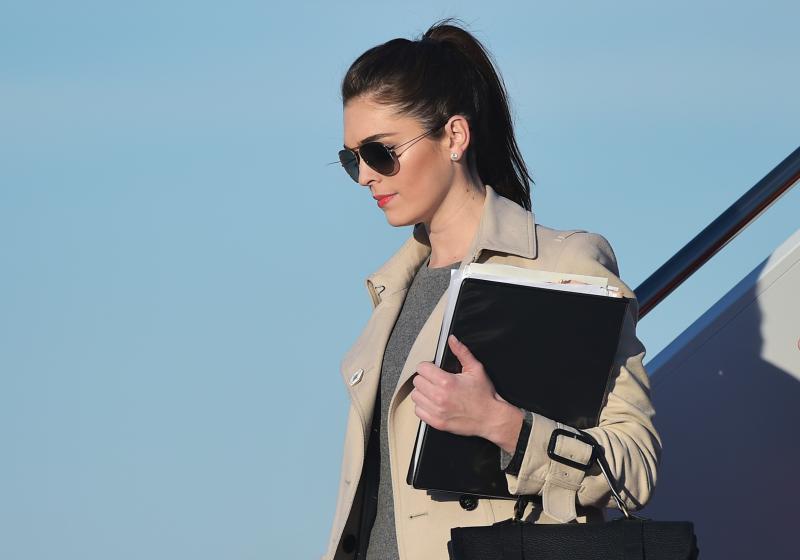 Hope Hicks appeared for more than seven hours behind closed doors yesterday before the House Judiciary Committee. All reports are that she gave no information whatsoever about her time in the White House, not even where her office was or where she sat. The posturing by this administration, which more and more acts and speaks as if it is a dictatorship rather than accountable, is not surprising.

One main problem with Cipollone’s letter and assertion: there is no such thing as absolute immunity. There are some exceptions from prosecution for certain government officials operating within the scope of their duties, but it is not a form of ability to refuse to testify or discuss anything. The historical usage of absolute immunity has been applied to the legislative and judicial branches, and to prosecutors, but generally not to the executive branch, and again for very limited matters.

And in a case that the Supreme Court did decide, in 1982, Nixon v. Fitzgerald, while the Court did hold that a president is entitled to absolute immunity from civil damages based on his official acts, he is not immune from criminal charges.

There is absolutely no hope for Hicks that she can shield herself from investigation and potential legal exposure through asserting an immunity that does not exist for her. She might wish to consult with her own attorney and determine what legal exposure or trouble she is in, and perhaps invoke her 5th amendment rights. But being told by the administration to rely on some fictional safeguard “trumped up” by this current administration is not wise, and we hope she will not foolishly stick to a plan that offers her little, if any, hope.