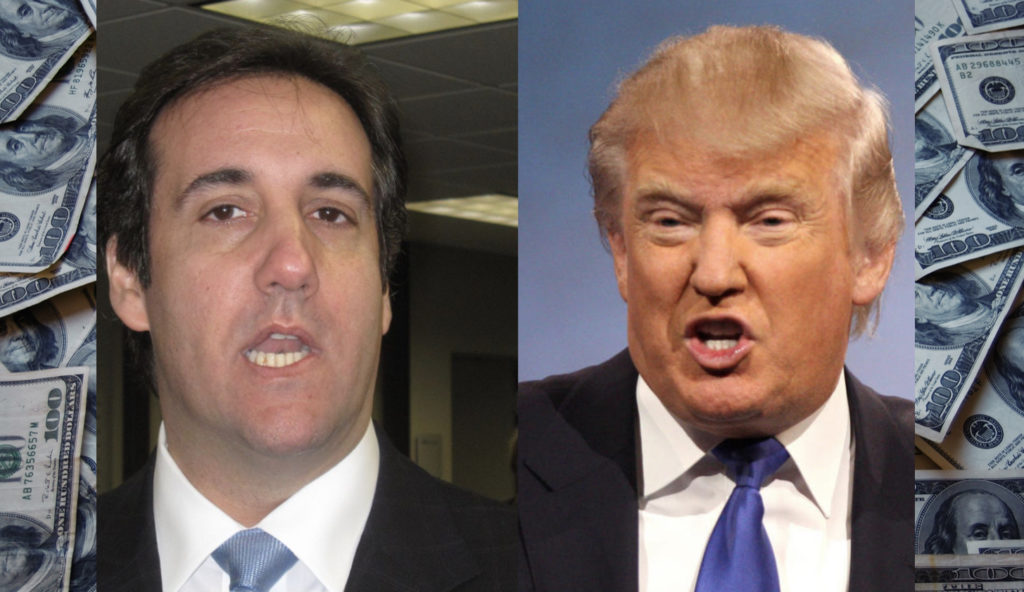 The Trump investigation took another odd and interesting turn in New York when an attorney, Peter Gleason, filed a letter with the court in the Southern District of New York overseeing the Michael Cohen investigation. In the letter, Gleason sought a protective order of the information about two then-Attorney General Eric Schneiderman accusers, writing to Judge Kimba Wood:

I discussed the matter with a retired journalist by the name of Stephen
Dunleavy who suggested and offered to discuss the matter with Donald Trump. Mr. Dunleavy did indeed discuss this very matter with Mr. Trump as evidenced by a phone call I received from Attorney Michael Cohen.

During my communications with Mr. Cohen I shared with him certain details
of Scheinderman’s vile attacks on these two women.

The extent of Mr. Cohen memorializing any of our communications is
unknown. However, these two women’s confidentiality, as victims of a sexual assault, should be superior to that of any unrelated subpoena.

***
Based on the foregoing, it is respectfully requested that the Court issue a
protective order and seal any and all correspondence that Mr. Cohen may have
memorialized regarding our communications which pertain to Mr. Scheinderman’s [sic] assault on these two women.

The letter and information raise questions about why Donald J. Trump and Michael Cohen did not raise the matter or report it. The May 11 letter from Gleason also raises issues about what was discussed, but he makes it clear that Gleason provided Cohen with “certain details” of the “vile attacks on these two women.” The prosecutors from the SDNY likely have any memorialization of the discussions or actions that Cohen took at the time, and can perhaps explain why the news was not used or disclosed in 2013.

One possibility is that the information was used or being kept to compromise Schneiderman when the opportunity was right. Trump’s mentor, Roy Cohn, was a master of intimidating and aggressively dealing with potential adverse parties, something that he honed while working for Senator Joseph McCarthy, who was recommended to Cohn by J. Edgar Hoover. Hoover had secret files on many people and often used it to keep people in line. McCarthy was of the same ilk during his “Red Scare” hearings, and Cohn was chief counsel. We will surely be hearing more about why Trump was reached out to with this information, what Cohen and Gleason discussed, and whether it involves Cohnpromat.