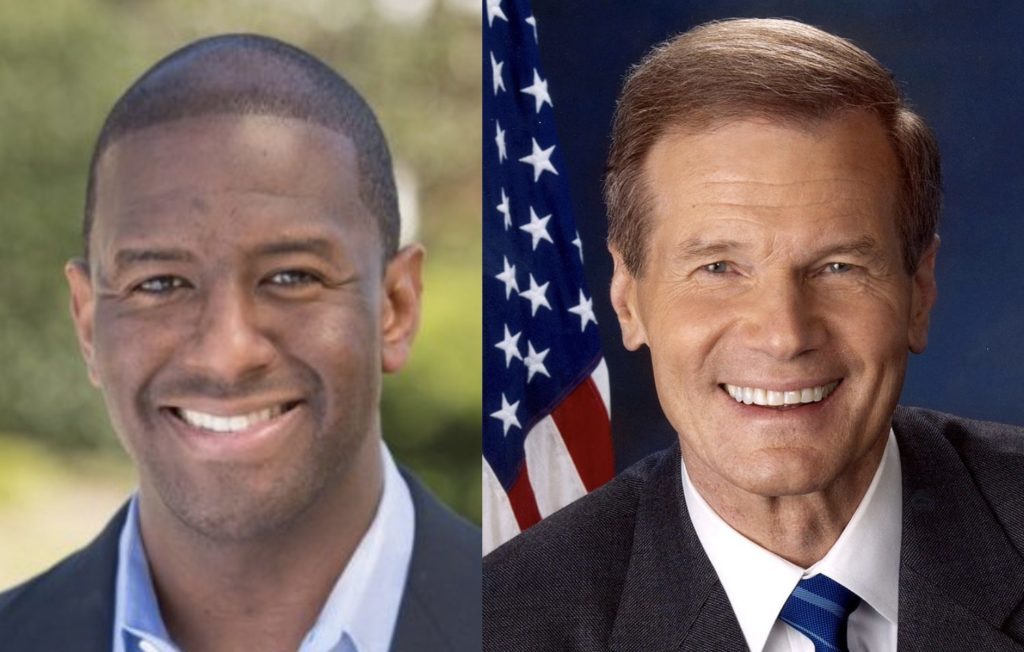 Even as Democratic nominee Andrew Gillum and Republican nominee Ron DeSantis were preparing to face off in their first debate tonight in the race for Governor in Florida, new polling data arrived which placed a new spin on not only that race, but also the state’s race for Senate. The new poll numbers look very good for the Democrats and the Resistance – but as usual, the numbers are being widely misinterpreted.

New polls from CNN say that Gillum has a twelve point lead over DeSantis, and the Democratic Senator Bill Nelson has a five point lead over Republican challenger Rick Scott. Here’s the thing: this does not mean that Gillum and Nelson have suddenly opened sizable leads in what had been close races. It’s never statically valid to quote a new poll out of context of the polling averages in that race. So what are we actually looking at here?

The flat average model used by RealClearPolitics says that with these new CNN polls factored into existing polls from other major outlets, Gillum is now up by 3.7 points, and Nelson is now up by 1.3 points. In other words, these are still tight races. The updated weighted average model from FiveThirtyEight now says that Gillum is up by 4.8 points, while Nelson is up by 2.4 points.

As always, it’s worth pointing out that while individual polls can’t be counted on, the polling averages usually end up being proven correct within the margin of error. There are those who take every new poll as fact, and those who think the polls are always wrong. Both these mindsets are mathematically misguided. The key is to ignore the pundits and news outlets that are quoting individual polls out of context, and to simply stick with the averages. And the bottom line, of course, is this: the only numbers that count are the vote totals on election day. Get out and vote, or don’t complain about the results.

www.palmerreport.com
855
SHARES
Facebook ShareTwitter ShareEmail this articlePrint Article
LinkedinGoogleWhatsappPinterestRedditStumbleuponBufferTumblrPocketLine
← Now is not the time to fall for this absurdist nonsenseRoger Stone goes berserk after Paul Manafort sells him out to Robert Mueller →
Leave a Comment