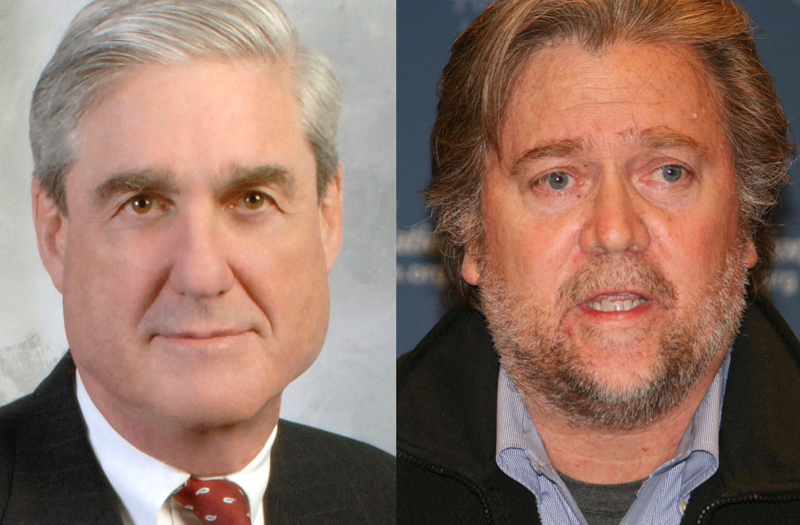 Special Counsel Robert Mueller has subpoenaed Steve Bannon to testify before a grand jury in the investigation into Donald Trump’s Russia scandal, and suffice it to say that this changes everything. The news of the subpoena comes on the same day in which Bannon testified about the scandal before the House Intelligence Committee, which is running its own highly compromised Trump-Russia investigation, but this subpoena puts Bannon into much more consequential territory. It also reveals a lot about what Mueller is up to.

For instance, the key unanswered question in the New York Times reporting on the subpoena is this: grand jury against whom? All it says is “Mr. Trump’s associates” in the Russia scandal (link). But at this point in the investigation, with Michael Flynn having already cut a deal, Mueller is now targeting people on the level of Jared Kushner or Donald Trump Jr. This in turn means that Bannon is being hauled in to testify against one of Trump’s uppermost people. It also potentially tells us a lot more.

Bannon cannot be subpoenaed to testify against himself. So now that he’s being subpoenaed to testify before a Trump-Russia grand jury, it essentially means Mueller has no expectation of trying to prosecute him for anything related. Unless Mueller has been investigating Bannon all along and has somehow already cleared him, which seems unlikely, this means that Bannon has cut some kind of deal. So why make a hostile move like subpoenaing him?

The NYT is theorizing that this may be a negotiating tactic. But why negotiate with someone who’s already cut a deal? Our theory: Steve Bannon asked Mueller to subpoena him so that he has legal protection in case Donald Trump follows through on his threat to sue him. In any case, something major is afoot, and Robert Mueller has turned one of his biggest corners yet.