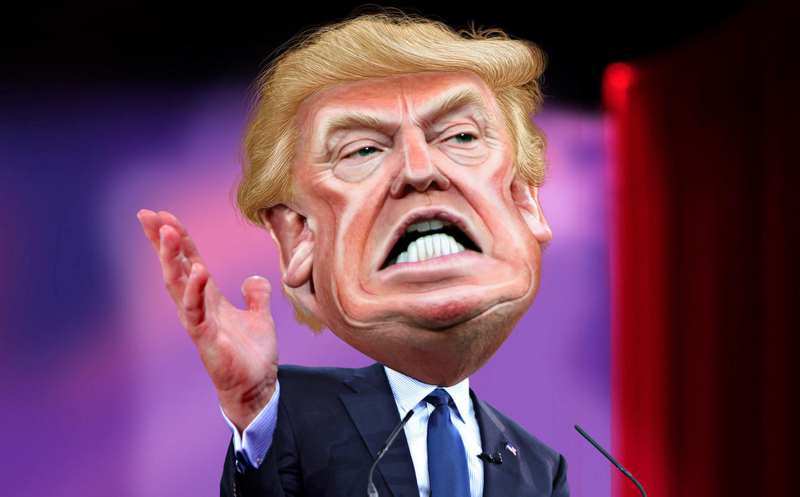 Each time Donald Trump is accused of something awful, the real story ends up being even worse than the original accusation. Trump and his allies are still trying a series of increasingly absurd denials about a meeting in which he said he didn’t want immigrants coming from Haiti and other black countries because they were “shithole countries.” Now it turns out Trump said even more racist things during this meeting.

Senator Dick Durbin, the only Democrat in the meeting, tried to convince Trump to take the Congressional Black Caucus into consideration. Trump’s response, according to a new Washington Post report, is that he said he simply didn’t care what the black members of Congress might have to say (link). So now, not only is Trump ranking immigrants based on skin color, he’s also ranking members of Congress based on skin color. It gets even more disturbing.

That same WaPo report reveals that retired General John Kelly, whose role as White House Chief of Staff was thought to have consisted of little more than trying to rein in the craziest behavior of Trump and his goons, has been actively advising Trump on immigration policy. Kelly has been steering Trump toward the most racist and xenophobic positions possible. In other words, Kelly is a such a bona fide racist that, even though he’s generally hands off with other policy issues, he can’t resist the urge to jump in when he sees an opportunity to steer Trump in a more racist direction.

Meanwhile, Donald Trump and his allies are continuing to try to spin the meeting in question. Tom Cotton and David Perdue, two of the most racist Republicans in Congress, were both in the meeting. They initially claimed they didn’t recall Trump saying “shithole countries” but after no one believed them, they changed their story and suggested that Trump might have said “shithouse countries” instead. That’s fitting, as Trump has turned the White House into a shithouse.