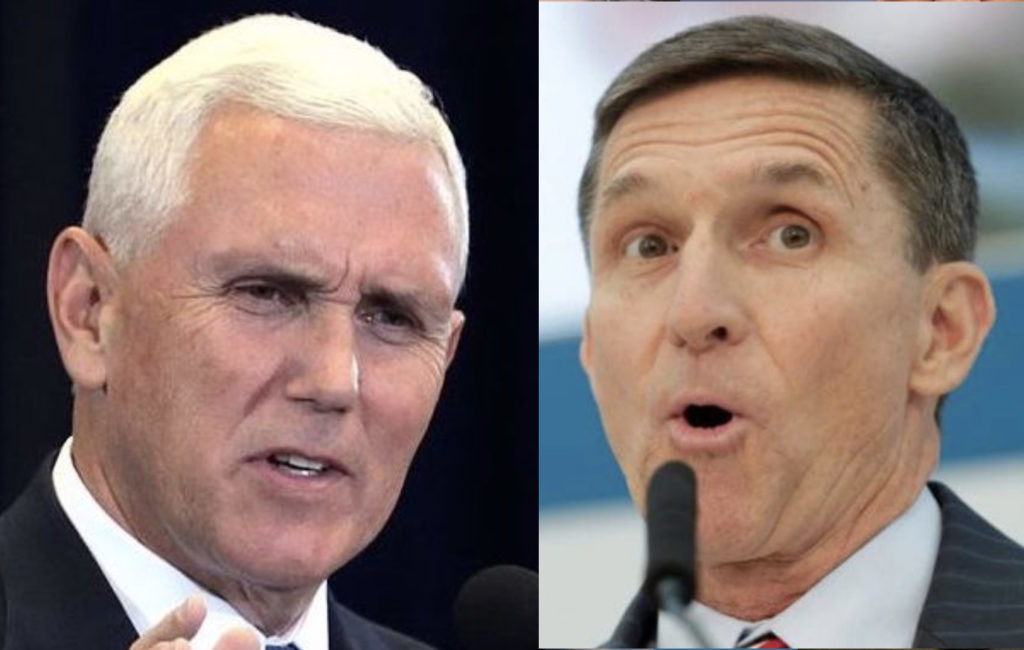 Special Counsel Robert Mueller told us tonight that Michael Flynn has been such an extraordinarily helpful witness in the Trump-Russia scandal, he thinks the judge should give Flynn as little as zero prison time. Mueller then laid out page after page of people and things who have been sold out by Flynn, but he redacted most of it. However, Mueller seemed to make a point of leaving a fe clues unreacted, and we’ve found a big one.

Here’s a key unredacted sentence in Robert Mueller’s memo: “[Flynn] assisted the [Special Counsel’s Office] investigation on a range of issues, including interactions between individuals in the Presidential Transition Team and Russia.” As a reminder, the head of the Trump transition team was a guy named Mike Pence. This brings us back to a story that we brought you nearly a year ago.

Back in December of 2017, we all learned that Robert Mueller had obtained all of the emails from every member of the Trump transition team. It was long ago established that when Michael Flynn was illegally conspiring with the Russian Ambassador to sabotage President Obama’s sanctions, he was keeping the transition team in the loop in real time. Yet Mike Pence, the official head of the transition team, went on to publicly claim in January that he had no knowledge of any Flynn contacts with Russia.

So either the entire transition team conspired to keep this information from Pence, or Pence was lying when he went on television and claimed that Michael Flynn hadn’t had any contact with the Russians. Does anyone realistically believe that the transition team unanimously decided to keep this information from Pence for some reason? Our guess is these emails incriminate Pence, and Flynn helped give Pence up. Mike Pence is in such deep shit tonight. There’s no other way to put it.