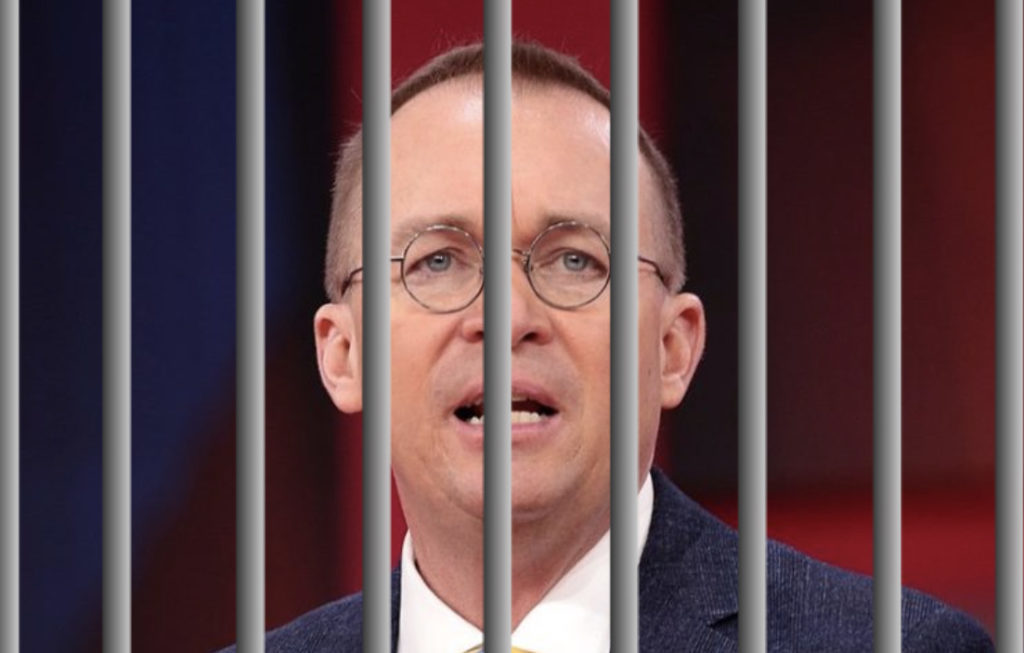 House Democrats gave Acting White House Chief of Staff Mick Mulvaney the opportunity to defend himself and tell his side of the story today in Donald Trump’s Ukraine scandal. Mulvaney predictably took a pass, defying the subpoena and invoking an imaginary form of immunity. Mulvaney is going to wish he’d come in from the cold while he still could, because things just went fast for him in an ugly direction.

The House impeachment inquiry released the testimony transcripts today from Fiona Hill and Colonel Vindman. They both testified that Donald Trump was running a quid pro quo extortion scheme against Ukraine, and that Mick Mulvaney was knee-deep in all of it. Mulvaney has already publicly confessed to the quid pro quo, only to try to retract it hours later. This testimony helps shatter Mulvaney’s attempt at a retraction.

This means Mick Mulvaney is facing serious criminal exposure in this scandal. Unless Trump pardons him, which seems unlikely, Mulvaney will be criminally indicted after Trump is gone, and he’ll likely end up in prison. Even as this ugly reality becomes clear for Mulvaney, the Washington Post is reporting that Trump’s House Republican allies are preparing to scapegoat Mulvaney – along with Rudy Giuliani and Gordon Sondland – in a last ditch effort at insulating Donald Trump.

This kind of scheme won’t save Donald Trump, but it will help ensure that Mick Mulvaney ends up in prison when this is all over. This scandal is rapidly reaching a point where big players are about to be scarified in the name of trying to keep the ship from going down. Mulvaney is running out of time to come clean and cut some kind of cooperation deal against Trump.