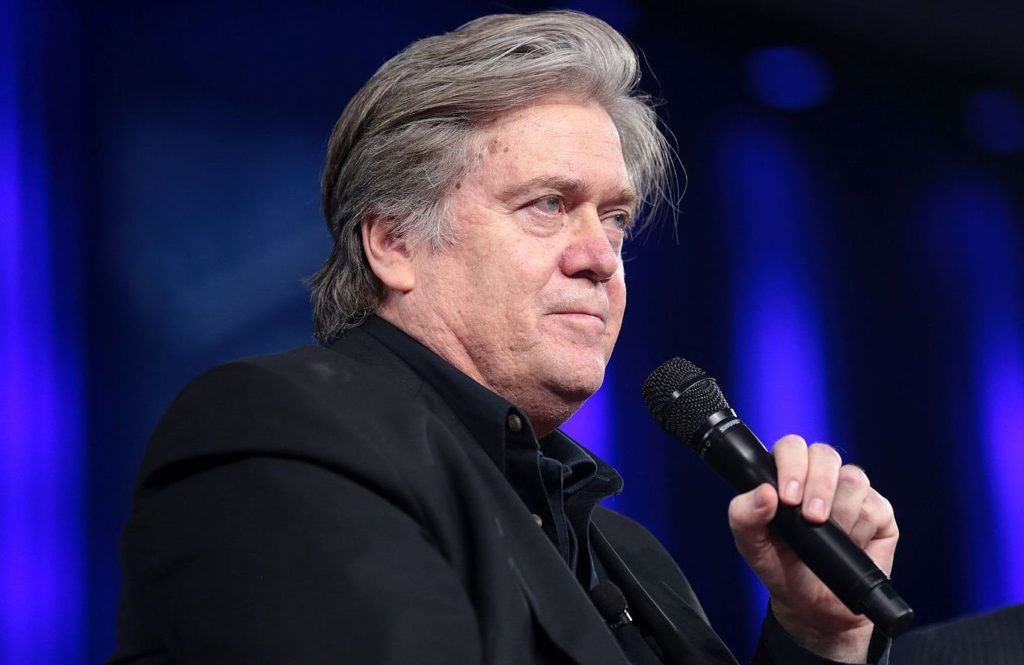 Wednesday will go down in history as the day Steve Bannon set Donald Trump on fire just to watch him burn. Bannon accused Trump and his son Donald Trump Jr of a “treasonous” conspiracy with the Russians during the election. He asserted that Trump and Jared Kushner will be taken down for money laundering. Bannon must have made these remarks months ago, based on the timeline of the book that the quotes are about to be published in. But it all appears to dovetail with a whole other burgeoning internal feud.

Bannon has now lost the support of Rebekah Mercer and her father Robert Mercer, according to a Washington Post report on Wednesday evening (link). It’s not clear what the final straw may have been. Was it Bannon’s humiliating failure in the Alabama election? Was it his attacks on Trump which leaked today?

In any case, this has major implications for the alt-lunatic-right going forward. It’s never been clear that Breitbart is financially viable on its own without Mercer money. This also punches a big hole in Steve Bannon’s plan to run lunatic candidates in the 2018 congressional elections, all of whom would have been funded by Mercer money. Come to think of it, now that Rebekah Mercer has been implicated in the Trump-Russia scandal herself (source: Wall Street Journal), perhaps she’s looking to withdraw from the entire Bannon-Trump fiasco before it gets even uglier.