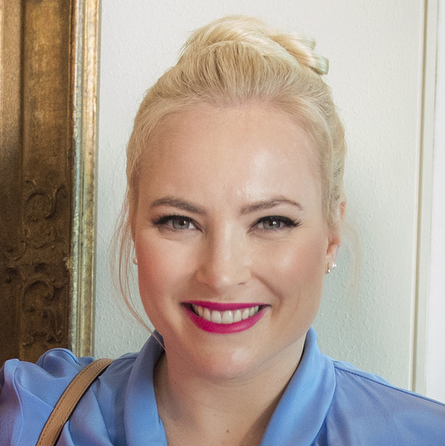 There are plenty of political pundits who are wrong basically every time they open their mouths. In fact there are a number of pundits who have made an entire career about being wrong, mystifyingly wrong, hilariously wrong, and controversially wrong. What’s remarkable about Meghan McCain is that she so often manages to prove she’s wrong by contradicting herself from one day to the next.

For instance, does Meghan McCain blame Donald Trump for America’s collapse over the past three years, or doesn’t she? It doesn’t feel like she knows. During “The View” today, she blamed President Obama for the troubles of the Trump era, accusing him of “ushering” Trump in. So apparently she thinks it’s Obama’s fault that racist people are racist?

Meghan McCain’s problem is that she sees literally everything through the lens of worshipping her father. Donald Trump viciously insulted John McCain, but Barack Obama defeated John McCain in an election, so Meghan McCain has created some alternate reality in her head in which Trump and Obama are both at fault for everything. The trouble is, she’s not honoring her father with this kind of idiotic nonsense. Instead she’s making him look bad.

Meghan McCain keeps reminding us that she’s dangerously ignorant on just about every topic there is, and we really need to stop giving her a platform just because her name is McCain. It’s not helping anyone involved.